Geohot: Tell Everyone to Never Pay for Jailbreak/Unlock Tools

Geohot recently turned down a $10,000 offer to buy his 05.11.07 iPhone unlock. Why? Well, that’s because iPhone jailbreak and unlock tools should always be free! There are a lot of evil people out there repackaging the hard work of the iPhone Dev Team and Geohot as their own, and selling it as a service.

Geohot wrote a lengthy blog post yesterday emphasizing his desire for everyone out there to spread the word–NEVER pay for an iPhone jailbreak/unlock tool, ever! Here’s a minor excerpt from his blog:

“First off, Jody Sanders, I am declining your $10,000. Why? Because you, and the rest of the iPhone unlock sites out there are scum. You make money selling freeware; thatâ€™s not cool, and I am in no way going to legitimize it.

Seriously, the people who really lose here are the customers. These sites are full of blatant lies, claiming to have unlocks for 05.11.07 People buy them, and are told the unlock is in development, and the release date is unknown. Imagine you bought a cup of coffee and were told itâ€™s in development? Recently, many of these sites sent out e-mails saying they made major breakthroughs and the unlock will be ready 11/04/09. Coincidence that thatâ€™s the release date of blacksn0w?

…Now despite rumors of the ferocity of my legal team, they actually are pretty poor lawyers. And the scum who run these websites are the type who get off on legal battles. So we have to fight them in another way, and I’m asking for everyones help on this. Our weapon is information. Get the truth out, that all iPhone unlocks and jailbreaks are free, and if you are buying something, you aren’t getting anything a simple google search couldn’t get you, and are probably funding someones crack habit.” 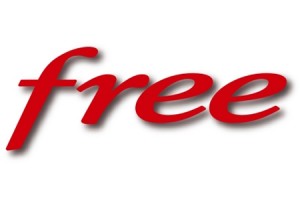 So there you have it. Tell your friends, family, and coworkers–iPhone jailbreak and unlock tools will always be free! You should never pay for them. Spread the word, email, tweet, whatever!