A lot of people have been cursing CocoaNuts, the developers of some of the best Cydia tweaks including Gremlin, Celeste & YourTube / YourTube HD for not releasing iOS 5 compatible updates, especially the customers of Celeste who paid a hefty $9.99 for quite a buggy tweak which once promised to be the ultimate bluetooth file transfer solution for iPhones, iPods and iPads. But now, the developers have finally got Gremlin working on iOS 5 which runs at the core of Celeste and YourTube tweaks and have pushed their first public betas for testing. 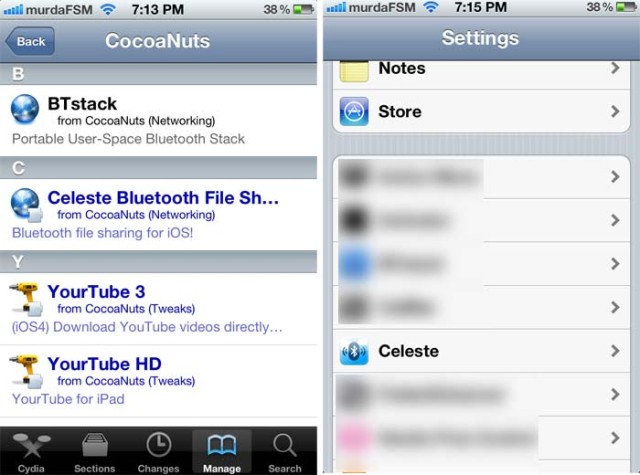 To try out a public beta, you need to be an existing customer of that tweak. To install, simply follow these steps (via FSM):

Do let us know how the betas are working for you!