iOS 6.1 Jailbreak Will Be Called Evasi0n as Website Goes Live

Almost a week ago a new jailbreak team was formed called the Evad3rs, consisting of @MuscleNerd @planetbeing @pimskeks and @pod2g. Just a few minutes ago the @evad3rs Twitter account sent out their first tweet to announce their new website is live over at Evasi0n.com, which will be the name of the upcoming iOS 6.1 jailbreak, rumoured to be released on Sunday. 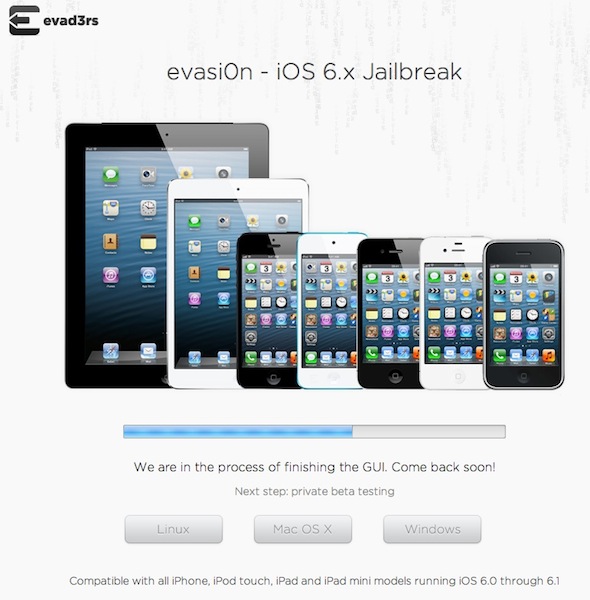 The website also states the following requirements for the iOS 6.1 jailbreak, which will be compatible with all iPhone, iPod touch, iPad and iPad mini models running iOS 6.0 through 6.1:

Numerous members of the @evad3rs team have recommended updating to iOS 6.1 via a complete restore within iTunes, instead of the over-the-air software update on your iOS device.

The team also has an option to donate to their work and also thanks @phoenixdev, along with @surenix for the evaders and evasi0n designs. Stay tuned for ‘Sunday Funday’, folks.