Security researcher Stefan Esser, known to many as @i0n1c, has demonstrated in a new video iOS 8.4 beta 1 has been jailbroken. The video shows Cydia on the home screen next to the Apple Watch app and the new Music app, to prove it’s the real deal.

Here’s what i0n1c has to say about his jailbreak, which he says the vulnerability is “not new to iOS” and notes “instead it is inside the code virtually forever”:

today I am delighted to share this video of a proof of concept iOS 8.4-beta 1 jailbreak that I was working on the last 4 days. Of course this video will trigger haters all over the jailbreaking scene that for some reason believe they can decide what a person is allowed to do or not do with their work. Haters gonna hate. So just ignore the haters and never let them tell you what you have to do. In that regard never let anyone bully you and stop you from showing your own hard work. Peace!

The major vulnerability used in here was found right after the SyScan 2015 security conference when I was relaxing in Singapore from several weeks of training and conferences. The vulnerability itself is however not new to iOS. Instead it is inside the code virtually forever. But the code of this jailbreak has nothing at all todo with the previous CyberElevat0r for iOS 7.1.1 – it does not share a single line of code.

I am not showing persistence or an untether at the moment because something is broken with it. But hey this is just a first proof of concept.

The jailbreak does not have anything to do with Esser’s previous untethered iOS 7.1.1 jailbreak known as Cyberelevat0r he says, noting “it does not share a single line of code.” 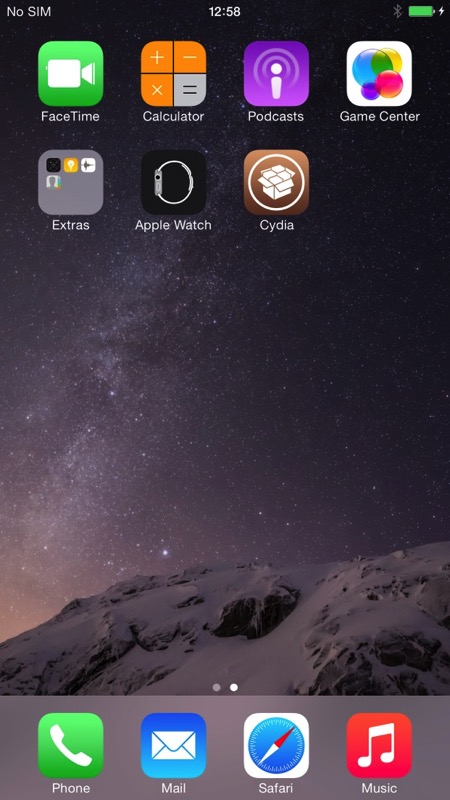 Essex followed up on Twitter to note that OpenSSH via USB still works in iOS 8.4.

As this is a “first proof of concept”, most likely it will not be released publicly.