Luca Todesco, the 18 year old student and hacker from Italy (@qwertyoruiop), has teased iOS 9.2.1 beta has been jailbroken, according to screenshots shared on Twitter.

The image below shows Cydia running on iOS 9.2.1 beta: 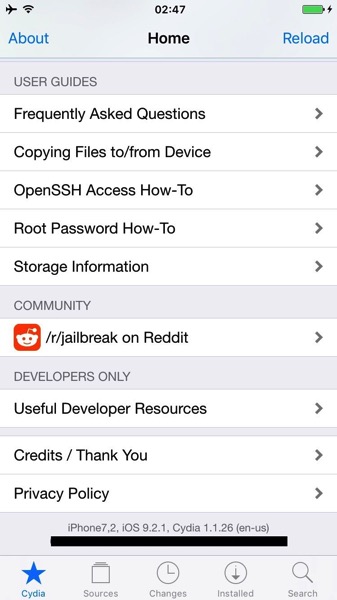 화격자 리더 is supposed to mean "Grate Leader" according to google translate, so if you're korean and don't get the joke i'm sorry

Further proof the jailbreak was indeed real was a post of the kernel dumps from iOS 9.2.1:

Todesco says he does not know if his discovered exploit was the same as the rumoured iOS 9.2.1 jailbreak coming from TaiG.

iOS 9.2.1 beta 2 was released on Monday and there’s no word whether a jailbreak tool will come to light once the firmware version goes public. The game of cat and mouse continues…