How to Jailbreak iOS 9 Untethered with Pangu [VIDEO]

Last night the Pangu team surprised everyone and released an untethered jailbreak for iOS 9 to iOS 9.0.2. If your iOS device can support iOS 9, it can be jailbroken.

Right now, the tool is only available for Windows, but expect an OS X version coming shortly.

We are very excited to announce the release of Pangu 9, the first untethered jailbreak tool for iOS 9 (http://t.co/0ksOanTGRF). 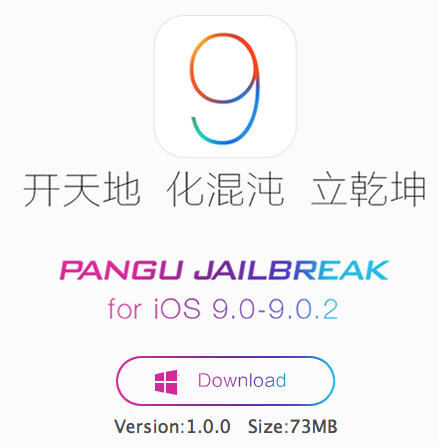 In the meantime, here’s video tutorial on how to jailbreak your device, via EverythingApplePro on YouTube. Remember to backup your device and jailbreak at your own risk: