Yesterday we were first to report that i0n1c had handed over his untether to The iPhone Dev Team. We know that MuscleNerd has been working with the exploit via his twitter stream. He has confirmed that the exploit is ‘solid’ and they are dealing with jailbreak and Cydia issues. 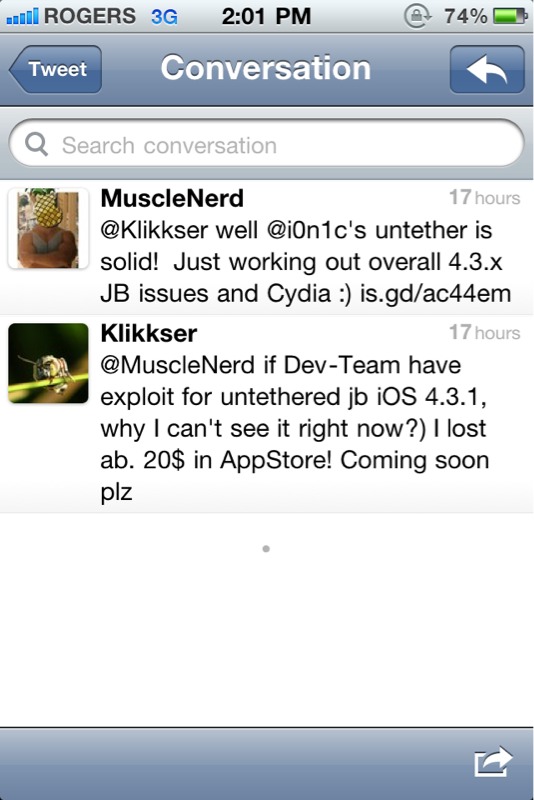 MuscleNerd Crushes ‘Is there a Spy on the Dev Team’ Conspiracy

Some thought there was a leak by the Dev Team as comex’s SHAtter exploit was closed by Apple in iOS 4.3. MuscleNerd cleared the air on twitter:

because the Dev Team conspiracy theories are getting out of hand: we were not privy to @comex’s iPad2 jailbreak details

…and in direct response to this ModMyi forum thread, shocking some members:

comex and chpwn worked on that jailbreak in an IRC room that had no Dev Team members.

Dev Team was not privy to his jailbreak method, and so could not have leaked it.

So there you have it. For people to doubt these guys is ridiculous. They’ve done so much for the iPhone community.