Those looking for an untethered jailbreak their iOS 8 and iOS 8.1 devices with their Mac, the Pangu Team has finally released a Mac version of their tool today, after first giving Windows users the tool last month. 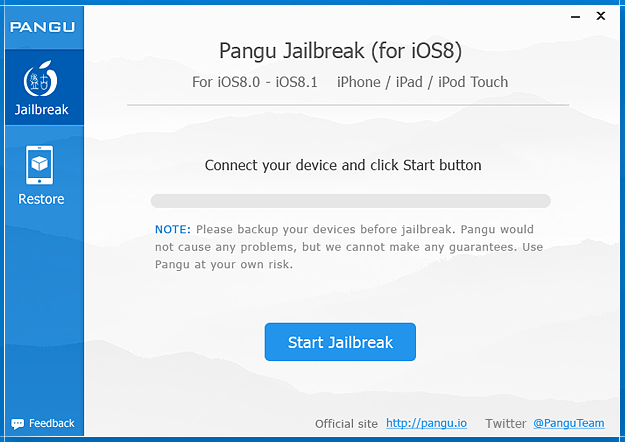 The Pangu Jailbreak will work on the following iOS devices:

Do note the recently release of iOS 8.1.1 beta does close the Pangu jailbreak, so if you want an untethered jailbreak it’s best to proceed now before Apple releases iOS 8.1.1.

Below is a video tutorial on how you can jailbreak your iOS device with Pangu for Mac (of course, be sure to backup your device before proceeding):

Click here to download Pangu for Mac or Windows. Let us know what tweaks you’re using with your jailbreak.