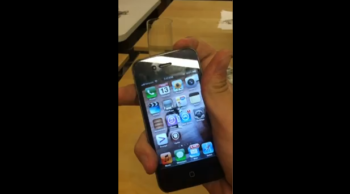 Pod2g has updated his blog with a link to a video of a jailbroken iPhone 4S on iOS 5.0.1, as shown by Chronic Dev Team member @DHowett.

Within the video below, we clearly see its an iPhone 4S based on the four antenna bands and evidence of Siri. We see Cydia on the home screen and a successful reboot on iOS 5.0.1:

What is the ETA for the untethered jailbreak? According to @pod2g, he notes:

That could mean days or weeks or hours. Either way, we’re getting very close to the release. Stay tuned!