Earlier, @planetbeing tweeted how A5 jailbreak is a lot more complex than unlocking iPhone 4S baseband and now, we have more news from none other than @pod2g himself, the main figure behind the upcoming untethered iOS 5.0.1 jailbreak for iPad 2 and iPhone 4S devices. He has just updated his blog saying its just a matter of days before the most highly anticipated jailbreak ever is finally made public. 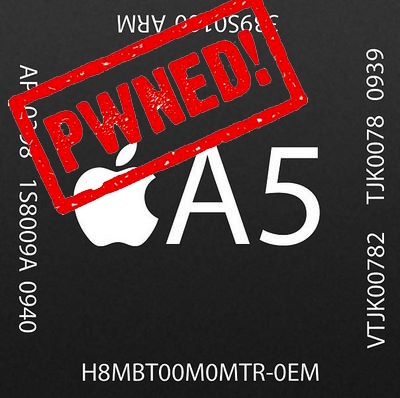 Below is what he says on his blog:

Here are some news about the current work on the A5 research.

@planetbeing escaped from the sandbox with the help of @saurik. Thanks to their awesome work, there should be nothing left blocking for the A5 jailbreak.

Now it should be a matter of days. Still no precise ETA of course.

We all want this to be finished ASAP, we’re getting tired!

Once again, we have no ETA for the release but we’ll be sure to keep you posted with all the updates. Stay tuned!