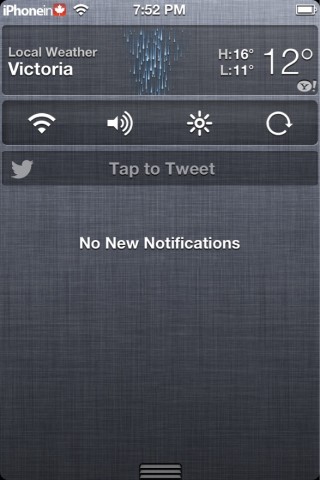 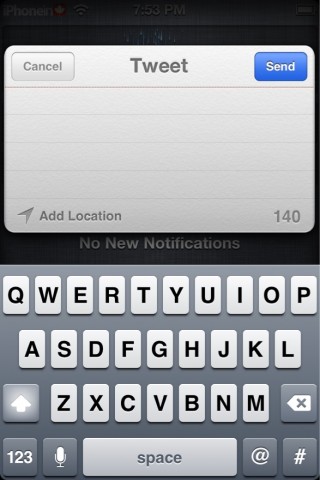 We have seen a few iOS 6 features ported over to iOS 5, via some Cydia tweaks and themes, and today we have another. Scott Forstall introduced iOS 6 at WWDC 2012 and one of the many new features coming is the Twitter and Facebook widgets in the notification center. This is a quick and easy way to share what you’re thinking on the two most popular social networks.

If you have a jailbroken device, you can now get the iOS 6 Twitter Widget in iOS 5 with this new tweak simply called, “iOS 6 Twitter Widget for Notification Center”. It mimics the look and functionality of the actual widget for iOS 6. You just pull down the notification center, tap the new widget, and the native iOS “tweet sheet” pops up. Then you just send your Tweet as you normally would.

Notification Center addons must first be enabled from the Settings app, in the Notifications panel

Check out these other iOS 6 tweaks and themes to make your iOS 5 device have the look and functionality of iOS 6. You can find the iOS 6 Twitter Widget for Notification Center tweak in Cydia, under the Big Boss repo for free.