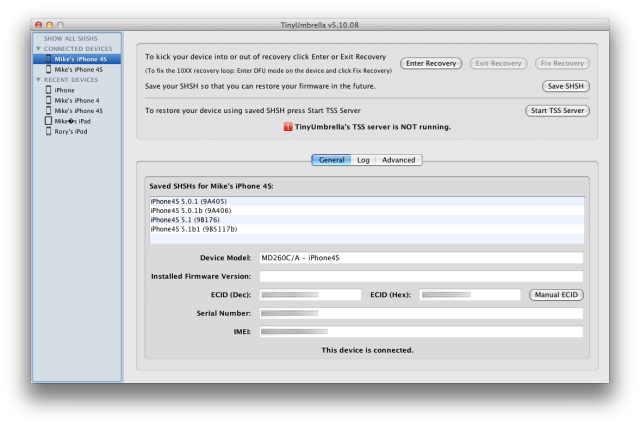 If you are not familiar with jailbreaking, and the tools involved, TinyUmbrella is a great tool that allows you to easily save your device’s SHSH blobs, allowing some devices on certain firmwares to be restored from a 3rd party server. The creator of this software, @notcom, has released an update, which is compatible with Apple’s latest iOS devices.

TinyUmbrella now has support for saving 5.1 SHSH for Apple TV 3 and the iPad 3 (all versions). As of now we still cannot restore them but we are working on getting that working from a bunch of angles. I’ll let you know more when I do.