The last time we heard from Muscle Nerd of the iPhone Dev Team, he had i0n1c’s untether exploit and declared it was ‘solid’. This afternoon on twitter i0n1c ‘released’ his untether exploit, but quickly pulled it.

The untether.zip file he dangled to users has an AES encrypted password, which he ‘forgot’. He went on to explain it’s only for users who are desperate enough that they can’t wait for the upcoming release of redsn0w from the iPhone Dev Team. Not only that, the files would be meaningless to 99% of his followers. The file has since been pulled as news sites have started linking to it. 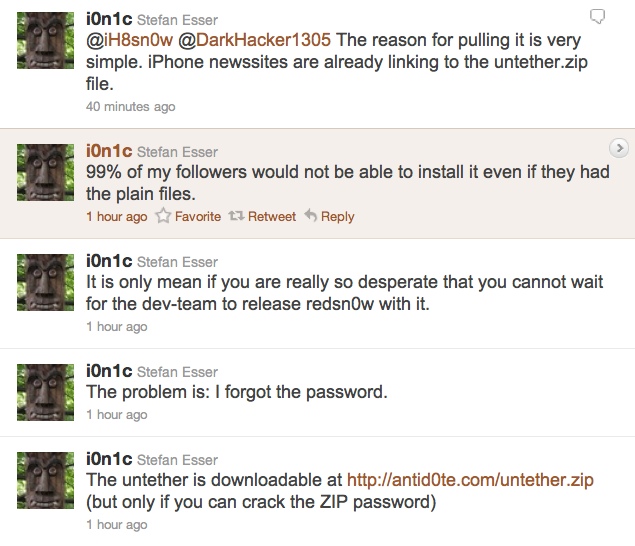 Expect an announcement soon from the iPhone Dev Team regarding the release of redsn0w for iOS 4.3.1.

Anyone out there have a mirror of the file? Good luck with cracking the password. 😉