Earlier today it was revealed that since iOS 4, your location has been tracked and saved on your iPhone in an unencrypted file. There hasn’t been a way to stop this–until now. Canada is here to save the day, via iPhone developer Ryan Petrich, from Edmonton. He has created a tweak called Untrackerd that will clean up your location history in the background.

According to the tweak description:

This package installs a daemon (process that can run in the background) to clean the consolidated.db file.

No new icons are added to your homescreen. There are no options to configure. 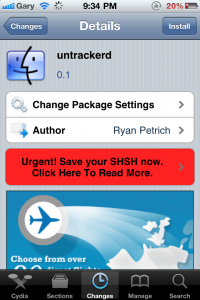 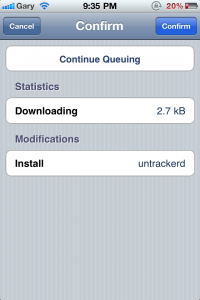 If you don’t want your location history to be ‘tracked’ anymore, install this tweak via Cydia (click here to follow our jailbreak tutorial). Remember, once it’s installed there are no settings as it’ll be running in the background.