A cool upcoming jailbreak tweak from Intelliborn called IntelliScreenX promises to bring Notification Center alerts and widgets right on to your iPhone’s Lock Screen. The tweak will require iOS 5 to function and will allow users to access system toggles, read full emails in Notification Center, view upcoming calendar events as well as view and post to Twitter and Facebook. According to FSM, there will be a beta version releasing sometime this week with full version to follow as soon as next week. 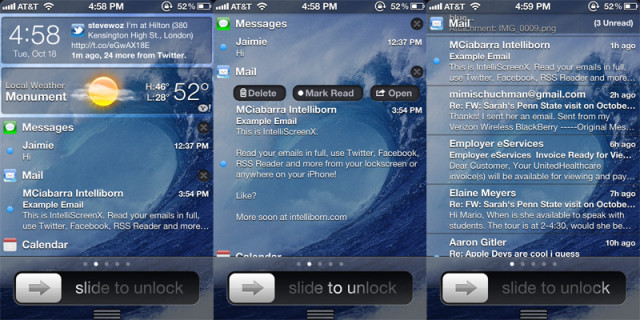 We’ll definitely update you once it’s available for download in Cydia. In the meantime, take a look at the following teaser video:

[Thanks to Ken for the tip!]