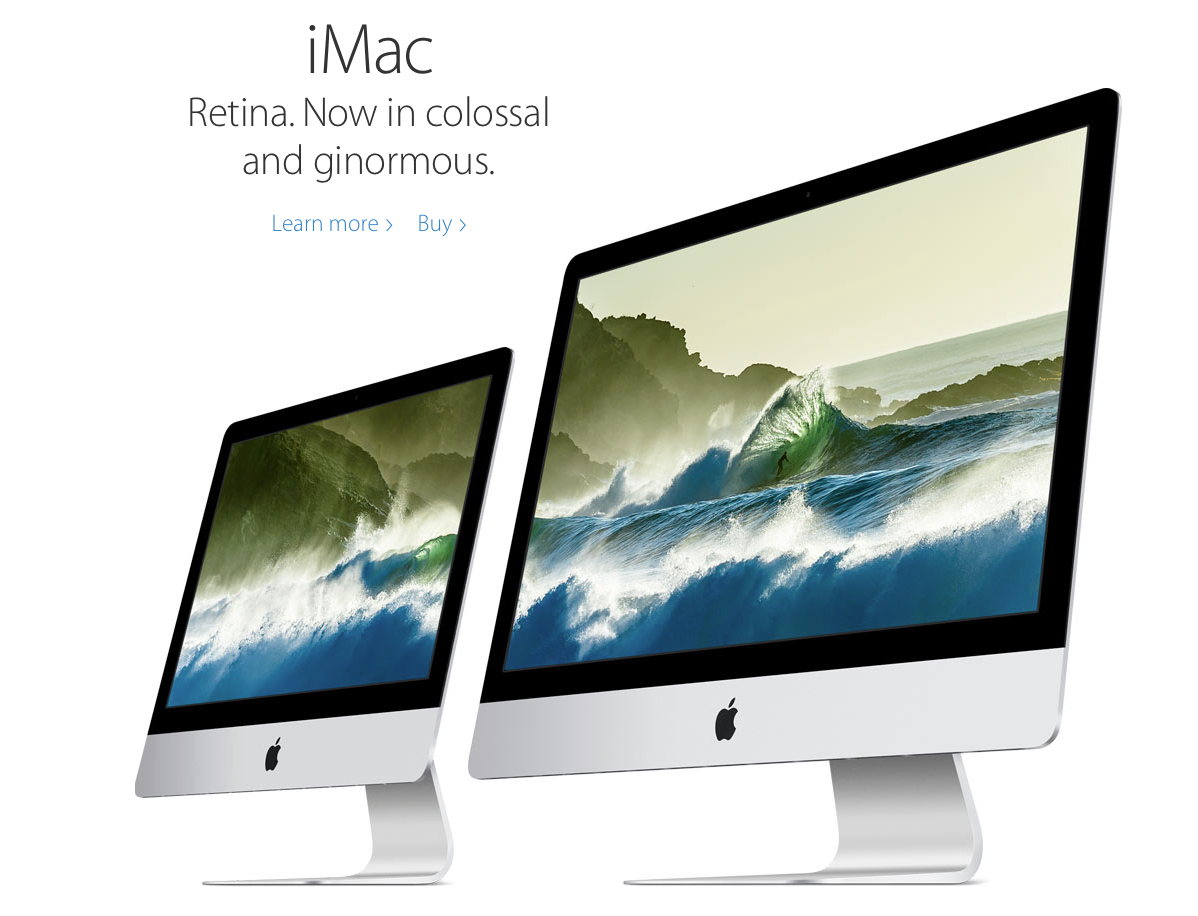 Today, Apple officially released the new, upgraded iMac line of computers and the all-new Magic accessories for the Mac: the Magic Keyboard, Magic Mouse 2, and Magic Trackpad, which brings Force Touch to the desktop.

Of course, there is much more than just a display upgrade: the new iMacs incorporate more powerful processors and graphics and new storage options. But how do these machines compare to the competition? Fortunately, a handful of media outlets have had the chance to play around with the new iMacs, and the first reviews have already hit the web.

Overall, the reviews are positive, highlighting the amazing display and performance. While the new iMacs are the best all-in-one computers available, they do have some shortcomings: the reviews point to the lack of a USB-C, Touch ID, and the base configuration of the 5,400 RPM hard drives as examples.

The 5K iMac is an incredible computer, one of the best Macs ever made—but it’s also just too much for many people. A 27-inch display can dominate a desk or a room, and though the price tag has come down a lot in the past year, it’s still on the pricey side. In contrast, here’s the iMac with 4K Retina display. It offers a lot of screen space but isn’t awkward to maneuver around a table top. The prices on the three models are more reasonable though you’ll want to upgrade the hard drive to a Fusion Drive or pure flash storage if it fits within your budget.

It’s a shame the iMacs are still one chip generation behind, especially with nearly every consumer PC hitting stores this holiday season moving to Skylake chips. But, for a desktop system it’s less important, as actual performance changes between generations of Intel chips are fairly modest. Most of the advantage comes in battery life, and for an all-in-one desktop, that’s not going to be an issue.

The best thing about the 4K iMac is that you don’t have to use a gigantic 27-inch model if you want to get a Retina display. There are plenty of people who prefer the larger screen, but for those who find it intimidating or just too big for their workspace, the 4K model is here and it’s waiting with open arms. The more-than-doubled resolution and Retina scaling modes give it more multitasking potential than the non-Retina iMacs too.

But screen size aside, the 21.5-inch iMacs are inferior to the new 27-inch models in many ways. It’s typical for the smaller iMacs to have smaller build-to-order storage options and weaker GPUs, but in this case Apple has entirely removed dedicated GPUs from the equation and isn’t offering 1TB SSD upgrades or 3TB Fusion Drive upgrades (though this may be due to space limitations inside the smaller case). Even worse, Intel’s frustrating release calendar means that the 21.5-inch models are now a full CPU architecture refresh behind the 27-inch models, and the 4K model won’t even have the option of upgrading to Skylake until early in 2016.

As you can see, then, the iMac mostly hits the right notes, although I wish Apple were more generous with the other specs — besides display quality and resolution, that is. The 21.5-inch version is no longer offered with discrete graphics, not even on the 4K edition, which seems like a mistake. Meanwhile, hybrid Fusion drives only come standard on machines priced from $1,999. Again, I love the improved screen, but having faster storage for the money and the option of more robust graphics would have improved my boot time and maybe eliminated the few hiccups I experienced. It’s great that more iMacs now have 4K and 5K panels, but until Apple redesigns the hardware, which has looked the same for several years now, the best thing the company can do is double-down on performance.

With an old and new iMac side by side, I could spot the difference on some photos, but not all. One problem is that many of our photos—including ones taken with the latest iPhone 6s—are saved in a reduced color palette called sRGB. To take advantage of the new screens, you need images or video saved in a format called DCI-P3. (Not coincidentally, the Mac’s Photos app can now save to that format, but you’ll have to start with high-quality images, like from a DSLR.) […]Amid this flurry of iMac improvements, two mysteries remain. First, amid the rabbit warren of ports at the back of the iMac, Apple didn’t include a port called USB Type-C—used on the new MacBook laptop (with some controversy) for charging and input alike.

Have the new iMac tech specs and price convinced you to upgrade?