There are three configurations currently in stock, as seen below, with the lowest priced model starting at $2,339, roughly savings of 14% off ($410). These 3.5GHz Quad-core Intel Core i5 models come with various amounts of RAM and hard drives. 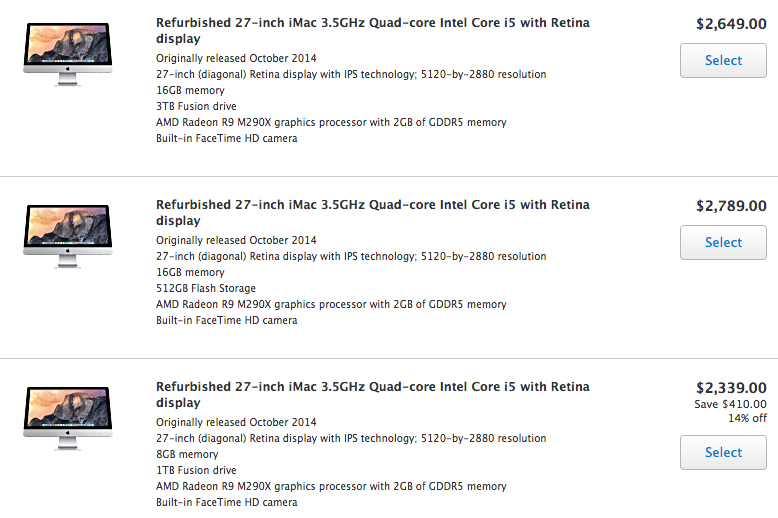 For those that have ordered refurbished iMacs from Apple, sometimes the computer you receive has higher specs than what you paid for. Refurbished iMacs come with a one-year warranty and are covered under the company’s 14-day return policy.

Supplies are typically limited, so if you’ve been waiting for 5K Retina iMac refurbs, now is the time to make a decision unless you want to wait for the next round.