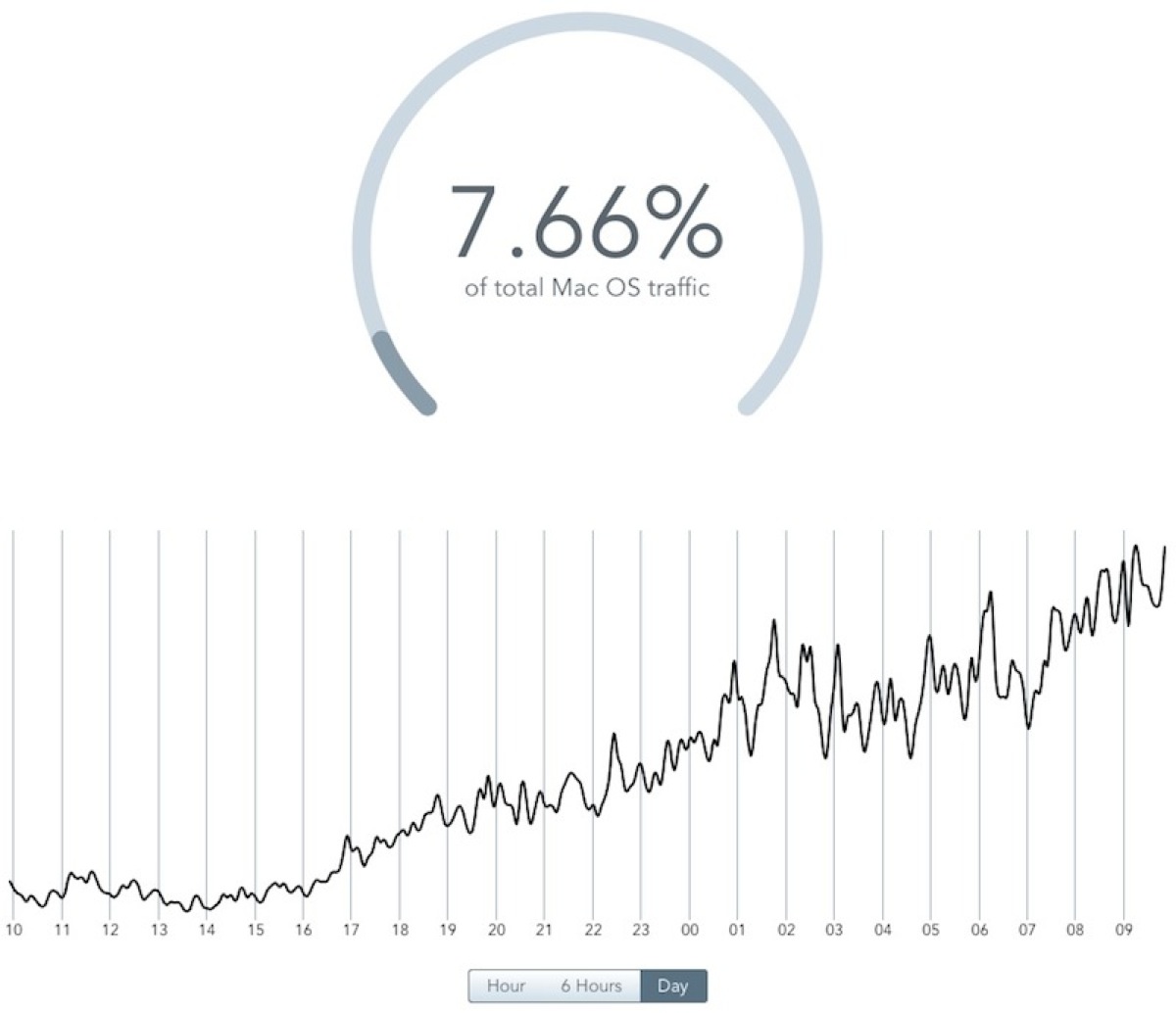 According to a live tracker hosted by analytics firm GoSquared, roughly 7% of Mac traffic is already coming from machines upgraded to OS X Mavericks, which Apple released as a free download in the Mac App Store yesterday at the iPad Air / iPad Mini Retina launch event. As highlighted by MacRumors, the tracker reflects the Mavericks adoption rate of around 0.5% yesterday until beginning the steady rise right after the public release.

The source also notes that last year, Chitika found 3% of Mac traffic coming from OS X Mountain Lion as of 48 hours after its launch. However, it’s no surprise to see the significantly faster adoption rate for Mavericks since it is a free update.

GoSquared CEO James Gill tells MacRumors that his firm currently provides analytics for over 40,000 sites, allowing it to monitor billions of page views per month. That base allows the firm to offer a reasonable snapshot of activity at any given time.

The tracker shows almost 50% of Mac traffic is coming from OS X Mountain Lion, while the remainder is divided between OS X Lion and OS X Snow Leopared.