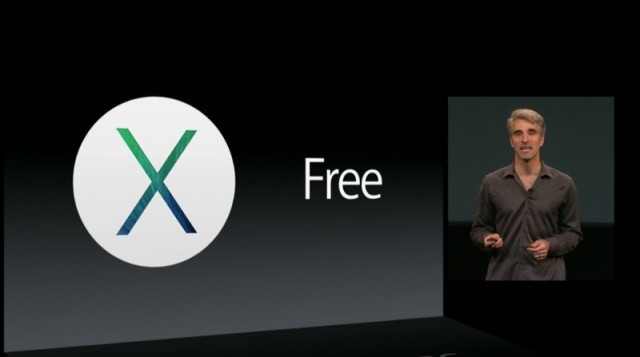 Back in June Apple previewed Mac OS X Mavericks at the WWDC 2013 opening keynote. Back then, Craig Federighi presented some of the new and improved features of Apple’s latest desktop operating system. And today, Mac OS X 10.9. Mavericks officially goes live in the Mac App Store, for FREE.

“Mavericks is an incredible release, which introduces significant new apps and features, while also improving the performance and battery life of your Mac,” said Craig Federighi, Apple’s senior vice president of Software Engineering. “We want every Mac user to experience the latest features, the most advanced technologies, and the strongest security. We believe the best way to do this is to begin a new era of personal computing software where OS upgrades are free.”

OS X Mavericks introduces innovative new features such as iBooks, which gives you instant access to your iBooks library, Maps, which brings powerful mapping technology to the desktop and lets you plan a trip from your Mac and send it to your iPhone, a new version of Safari with Shared Links, iCloud Keychain, which safely stores your website usernames and passwords, credit card numbers and Wi-Fi passwords.

To further improve the way we find documents on a Mac computer, Mavericks adds “tagging” and Finder Tabs, which help unclutter your desktop. One of the most solicited features among developers, and one missing from Mountain Lion, was support for multiple displays. This feature is also included in Mavericks.

The new desktop operating system also brings interactive Notifications, allowing you to reply to a message, respond to a FaceTime,  a new calendar app,  alongside impressive performance improvements over Mountain Lion.

Mavericks is available today in the Mac App Store for FREE–download it now! [Direct Link]

Update: The link is still propagating for the Canadian App Store. Stay tuned.