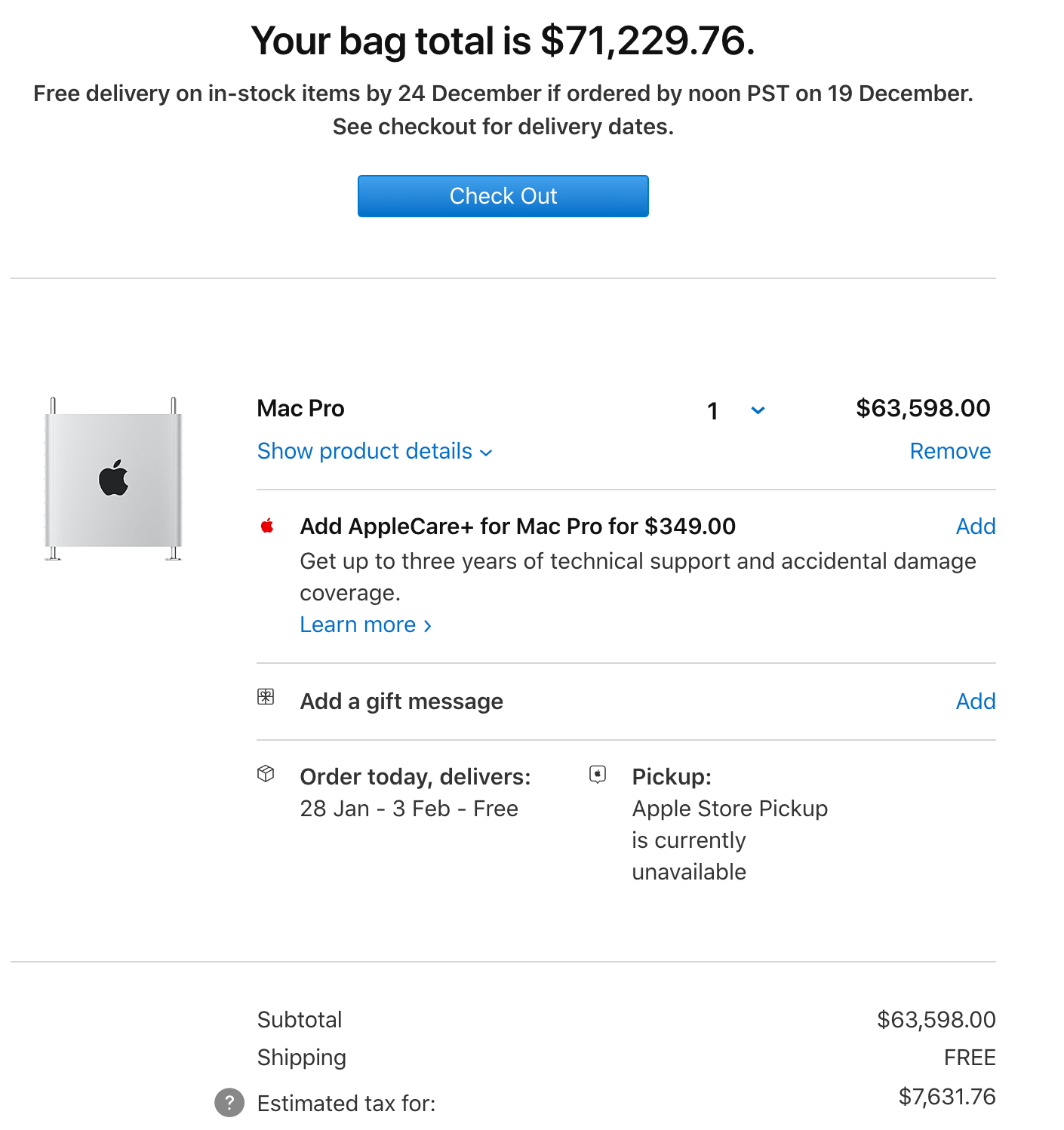 After launching Mac Pro sales in the United States, Apple has followed suit in Canada, revealing pricing for the first time.

Below is Canadian pricing for Mac Pro upgrades:

So…are you going to spoil yourself with a maxed out Mac Pro for Christmas? Don’t forget the new Pro Display XDR starting at $6,299 CAD. Adding wheels to your Mac Pro for only $480 is a steal!