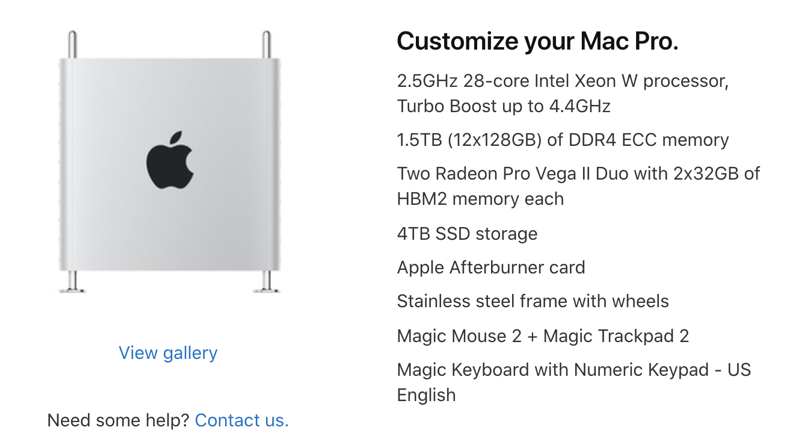 Apple has launched its Mac Pro in the United States and its build-to-order options have been revealed. A maxed-out Mac Pro costs $52,748 USD and the conversion to Canadian dollars works out close to a staggering $70,000 CAD.

A base Mac Pro costs $5,999 USD, but tacking on the following hardware upgrades makes for the ultimate machine for pros: 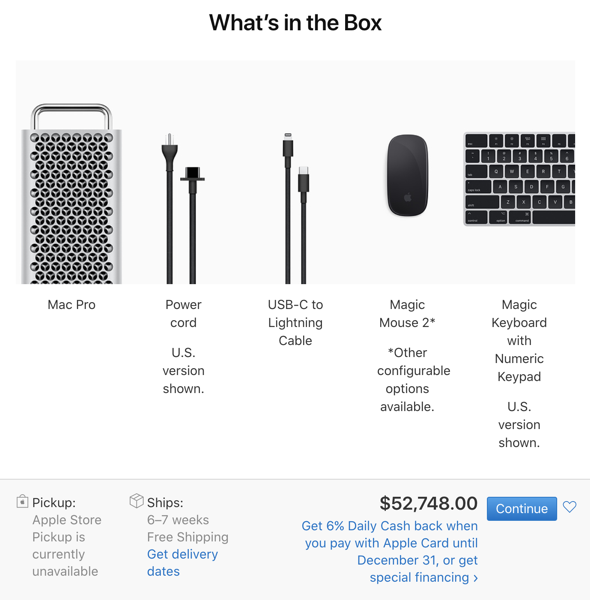 At this maxed out price, you may want to check your Apple Watch for some irregular heart rate alerts after checking out and paying for this machine. This price doesn’t even include the Pro Display XDR, which starts at $4,999 USD.

We’ve reached out to Apple Canada for comment on when Canadians can drop some coin on the new Mac Pro and will update this post once we hear back.