Apple is working to integrate a combined input port into its MacBook lineup. This is shown by the most recent patent granted to Apple by the U.S. Patent and Trademark Office and discovered by AppleInsider. The filing describes a new system integrating both a USB port and an SD card reader. 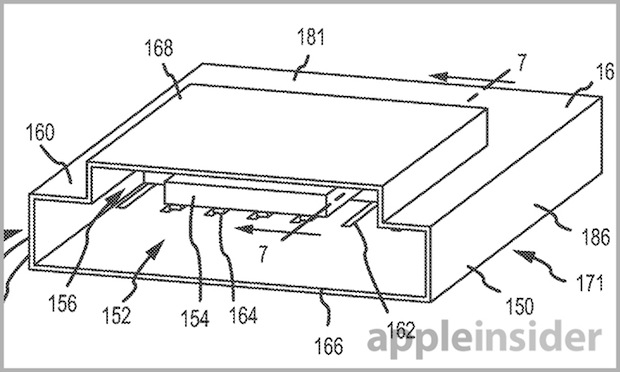 While the SD card and the USB ports are only illustrative, it is notable that Apple is working on a system that could save lots of external space. If this is implemented in future devices – such as the MacBook Air used in the illustration — it could result in a much slimmer device.

The described system can support only certain types of hardware due to variations in the port’s electrical connectors, although it is possible that the location of the contact surfaces can be adjusted to be compatible with a certain connector type. 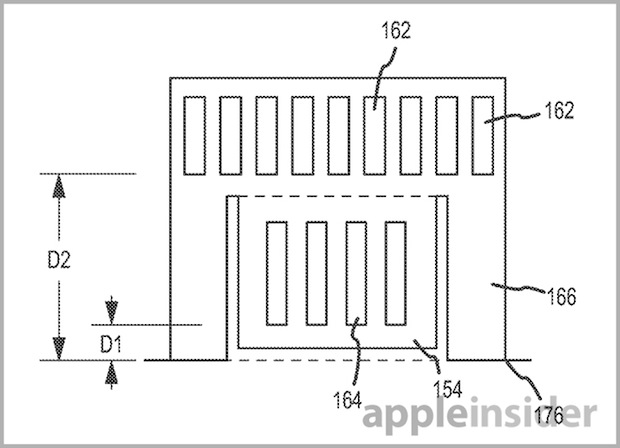 Although the market has similar products already, Apple’s innovative work has created a port that deals with two completely different protocols. The patent was originally filed in 2011 and credits Changsoo Jang as the inventor.