The keyboards on newer MacBook models have been failing at abnormally high rates over the past few years and Apple has failed at sufficiently addressing the issue, reads a new report. 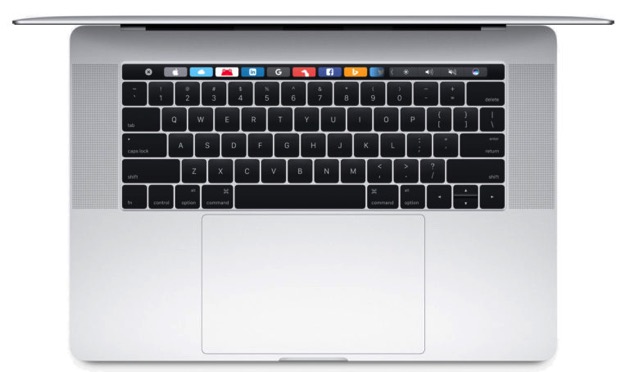 The Outline‘s Casey Johnston yesterday published a new op-ed on the status of Apple’s MacBook keyboard fiasco, and how — despite the Cupertino company claiming that only a “small percentage” of people still experience trouble with their keyboards — they still fail at an alarming rate.

After Johnston returned a 2017 MacBook Pro that had issues with the computer, she purchased a 2018 MacBook Air, hoping that this time around, things would work out for her:

Sure enough, a couple months into owning this computer, the keys started to act up. As before, problems would come and go; the E or B key would be unresponsive for a day or so before whatever was jamming them up mysteriously went away. The spacebar was the worst offender. For a long while it doubled spaces from a single keypress, but only sometimes. Finally, it seemed to get something lodged under it big or annoying enough that it couldn’t shake itself loose, and I had to pound it to get a space out of it; for two days, my sentencescame outlikethis. I made a Genius Bar appointment.

The Genius Bar was able to “temporarily” fix his computer by taking it in the back and cleaning it out with canned air, cleaning out any dirt or debris that had found its way under the keys. The Apple employee implored Johnston not to eat over his computer.

Despite the canned air quick fix, it’s a widespread solution that Apple has yet to truly remedy. Apple has simply offered quick-fix solutions and bits of “advice” to “prevent” these types of issues from happening in the future:

It’s clear at this point that I am extremely not alone in having this problem; developer Marco Arment has written extensively about it, the Wall Street Journal’s Joanna Stern recently wrote an entire column with authentically dropped e’s and r’s that were the result of her new (broken) MacBook Air keyboard. (Stern, notably, actually managed to get a real apology out of the company, unlike me. But Apple has yet to match those words with tangible action, like, for instance, making notebooks with working keyboards and offering them as replacements to all of the people who unwittingly bought computers that were bound to break.)

Johnston notes that this has been the first time that engineers have had to think about keyboards in decades; surely we have sufficient technology to build a proper, functional keyboard? A keyboard, at the end of the day, just needs to produce the characters that the author intended to type:

Apple still claims that only a “small percentage” of people experience trouble with their keyboards. But having now heard the idea of a “sensitive” keyboard, I’m not sure I will ever get over it. No one has had to think this hard about keyboards in decades, at least before Apple went in and messed with them. Now the complaints are reaching critical mass and I have Microsoft emailing me offering to fly me out to its Redmond campus so it can walk me through its “seven elements that every keyboard needs to create a great typing experience.” I have a hard time imagining what those seven elements are, because I get stuck at two: 1. Produces the characters 2. That I intended to type. These two attributes are also, incidentally, what the biggest and most-valuable tech companies in the world are somehow grappling with anew.

Despite this widespread keyboard issue that hasn’t been properly remedied, people still keep snatching up MacBooks like never before:

I am stupid for buying another one of these computers, but only as stupid as any of us are for learning to love these dumb tech products on their merits, becoming beholden to the system, and then having a big commitment out of which to dig ourselves (actually not very stupid at all). I’m far more inclined to subscribe to a different argument, which is that Apple is the stupid one for not only trying to reinvent a solution to the extremely solved problem of how to make a working keyboard, but continuing to pretend that, four years and four iterations later, it hasn’t utterly failed. The company declined to comment on the record for this article.

Reads Johnston’s entire op-ed over at The Outline. This is not the first time she’s railed on Apple’s MacBook butterfly keyboard problem.