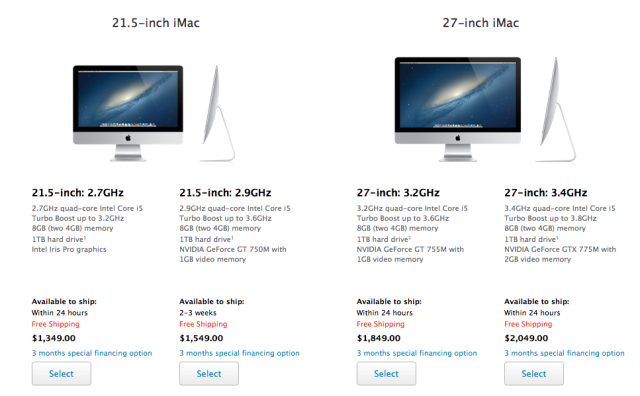 “iMac continues to be the example that proves how beautiful, fast and fun a desktop computer can be,” said Philip Schiller, Apple’s senior vice president of Worldwide Marketing. “Inside its ultra-thin aluminum enclosure, the new iMac has the latest Intel processors, faster graphics, next generation 802.11ac Wi-Fi and faster PCIe flash storage.”

The all-in-one devices now feature support for PCIe-based flash storage, which makes Fusion Drive and all-flash storage options up to 50% faster than the previous generation, according to Apple.