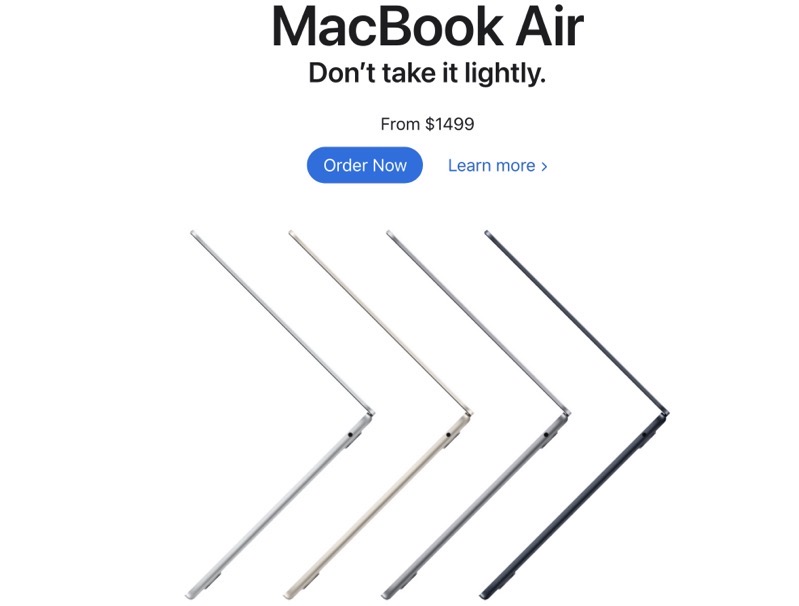 As of writing, online orders can be delivered to B.C. as soon as July 25 to August 1, for both configurations of the M2 MacBook Air.

The new M2 MacBook Air has 8 CPU cores and up to 10 GPU cores under the hood, and it can be configured with up to 24GB of Unified Memory and 2TB of SSD storage.

Apple will launch store sales of its new MacBook Air on Friday, July 15, while authorized resellers will also offers the new laptop for sale.

Click here to pre-order the M2 MacBook Air on Apple.ca. Did you order an M2 MacBook Air today? You may want to jump on Apple’s Back to School promo and nab a free gift card.

After releasing iOS 15.6.1 and iPadOS 15.6.1 today, Apple also released macOS 12.5.1 and watchOS 8.7.1 for Apple Watch Series 3. These minor updates come ahead of major software releases slated this fall, including iOS 16. You can update your Mac by clicking the Apple logo in the upper left corner, then ‘Software Update’. To...
Gary Ng
20 hours ago