Apple’s Back to School Sale 2022 in Canada Goes Live 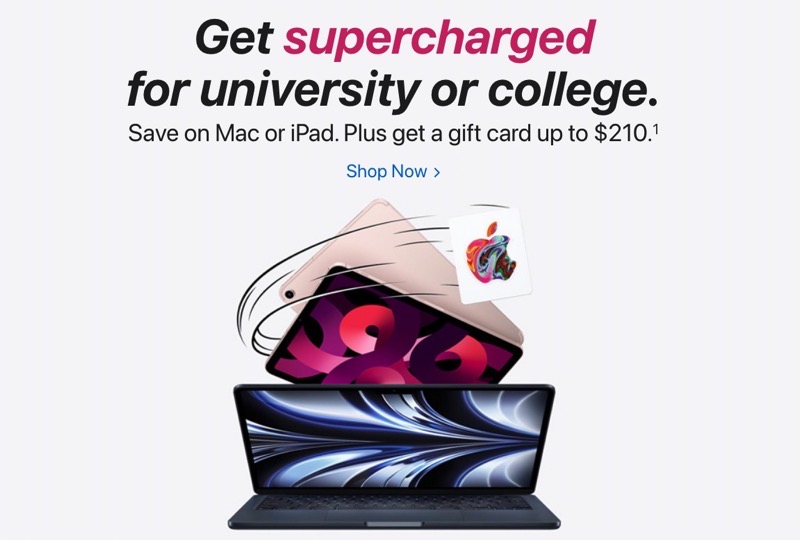 As previously rumoured, Apple has launched its annual Back to School promotion and it’s now live in Canada, offering up to $210 in gift cards on eligible Mac and iPad purchases from the education store.

Click here to shop Apple.ca and start your back to school shopping (before school even ends for some kids).

Telus has filed an application with the Canadian Radio-television and Telecommunications Commission (CRTC) for the approval of a 1.5% processing fee on all customer bill payments made via credit card. https://twitter.com/fanCRTCProfling/status/1557063188918812676 If approved, the surcharge will go into effect starting October 17, 2022. It will apply to all new and existing Telus customers. This additional...
Nehal Malik
1 week ago