Apple Looking Into New Packaging That Could Power Devices Inside Them 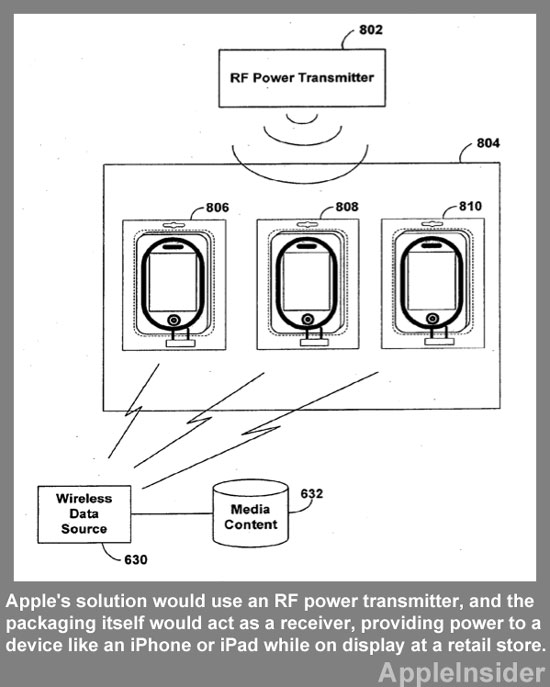 A new patent suggests that Apple is looking into new packaging that would wirelessly power the iPhones, iPads, and iPod Touches inside, while on store shelves. An RF power transmitter in the store would wirelessly send power to the packaging, acting as the receiver, and powering the device.

While the obvious use for this would be to keep devices charged on the shelves, so they are fully ready to go once purchased, Apple could also do away with printed packaging. They could have the device running in demo mode, in a clear package, having the devices sell themselves. This may also allow Apple to keep the firmware up to date on the devices, without having to take them out of the packages.

This patent was filed in December of last year, but was just made public this week. It is credited to Michael Rosenblatt, who is Apple’s former New Technologies Manager.

If they could do this with the packaging, why not with the devices themselves? Wireless charging would be beneficial to the consumer, and could possibly eliminate the need for a dock connector, at all. With wireless syncing to iTunes, and iCloud already in in use, wireless charging would seal the deal. This could allow for iDevices to be even thinner.