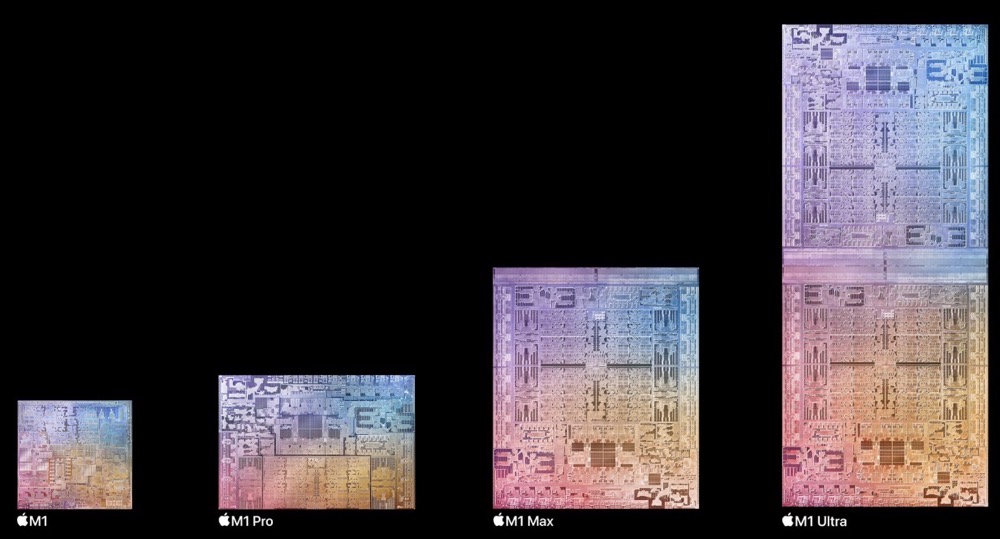 Apple today revealed its latest Apple Silicon system on a chip, the M1 Ultra, the company’s fourth member of the chip family.

Fast forward to spring 2022, and we now have the M1 Ultra, which essentially consists of two M1 Max chips working together as one.

Apple explained there was a secret in the M1 Max chip that was hidden until now, a die-to-die technology called UltraFusion, which the company said is “way ahead of anything else in the industry.” There are physical limitations of making a single chip larger than M1 Max, said Apple.

The bridge connects over 10,000 signals between two M1 Max chips and offers up to 2.5TB/s of low latency, inter-processor bandwidth, which Apple says is 4x what is available from current interconnect technologies.

Looking at the image of the Apple Silicon family at the moment, one can only imagine what M2 will look like, and if it will be destined for the upcoming Mac Pro with Apple Silicon.

Along with the combined power of the M1 Ultra and also energy efficiency, Apple says the Mac Studio with this latest chip “consumes up to 1,000 kilowatt-hours less energy than that of a high-end PC desktop over the course of a year.”