Apple is expected to stop production of the 13-inch MacBook Pro in the second half of 2014 and will replace the product line with thinner models equipped with a Retina display. Meanwhile, Intel will offer second-generation ultrabooks in the fourth quarter of 2014, pushing the notebook industry further into the ultra-thin era, according to Taiwan-based supply chain makers. 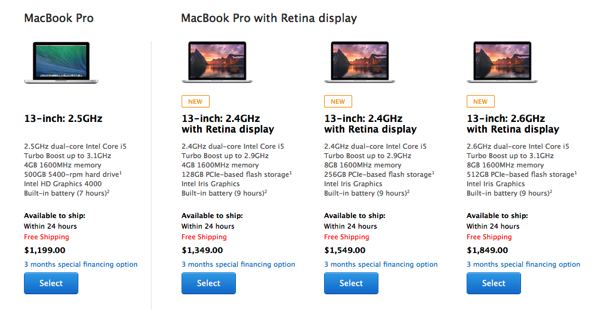 Apple is also expected to upgrade the Retina MacBook Pros with the forthcoming Intel Broadwell processors, but the timing of the update is yet uncertain.