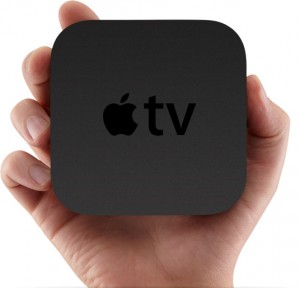 The Digital Daily is reporting today, that Apple has sold over 1,000,000 units of it’s latest version of Apple TV. This comes after Apple announced, last week, that they were expecting this would happen.

This new, little black box from Apple is really taking off, despite it’s limitations. It only supports streaming of iTunes compatible formats (which means no .AVI), and it will not stream full 1080p video. I think the thing that has really made this take off, is the AirPlay feature, allowing you to stream right from your iPhone, iPad, or iPod Touch.

With the Apple TV running iOS, we also have a jailbreak for Apple TV, allowing 3rd part applications like PLEX, to be installed. This will allow streaming of other video formats, from your Mac or PC.