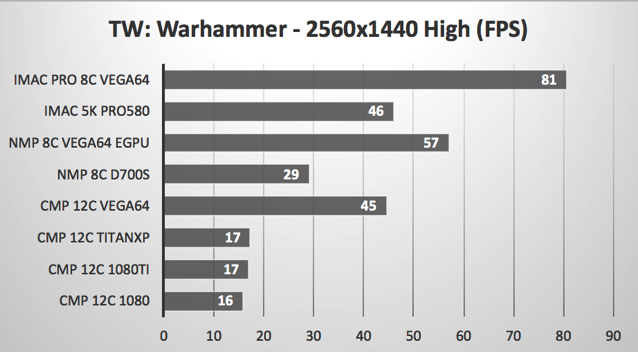 The folks over at Bare Feats have just published a bunch of gaming benchmarks for the new iMac Pro while running some popular game titles, in order to compare its performance with that of the other Macs. They used the entry level iMac Pro, which packs an AMD Radeon Pro Vega 64 (16GB) GPU inside the 2017 iMac Pro 3.2GHz 8-Core Xeon W-2140B CPU and 32GB of 2666MHz DDR4 ECC SDRAM.

They ran benchmarks for DIRT Rally, Total War: WARHAMMER, X-Plane 11 and Tomb Raider on the lowest-specced iMac Pro, which clearly outperformed the fastest iMac 5K and Mac Pros with the best available GPUs.

“Not sure gamers will typically want to spend 5K or more to use an iMac Pro for a gaming system, but just because we can, we wanted you to know how well it ‘plays’ with the other Macs.

Think of it this way: when you are done doing pro stuff, you can have some high rez playtime.”

Check out the rest of the benchmarks below and share your thoughts in the comments section. 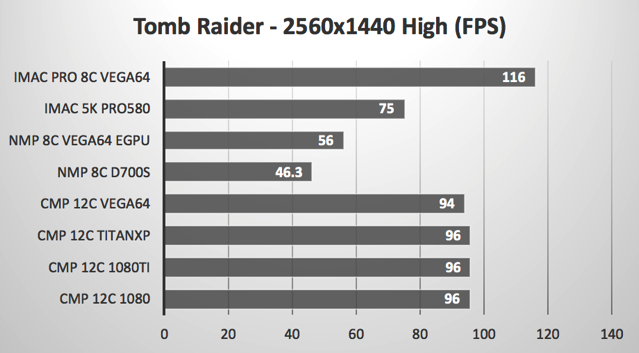 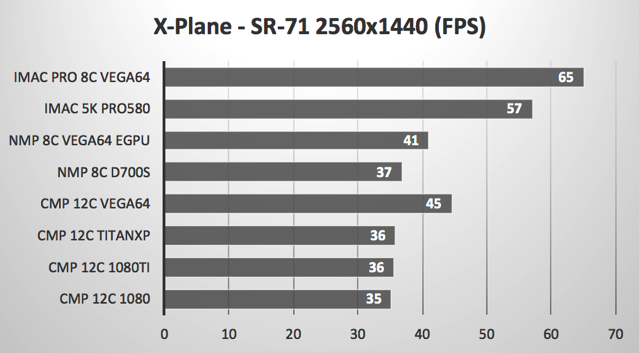 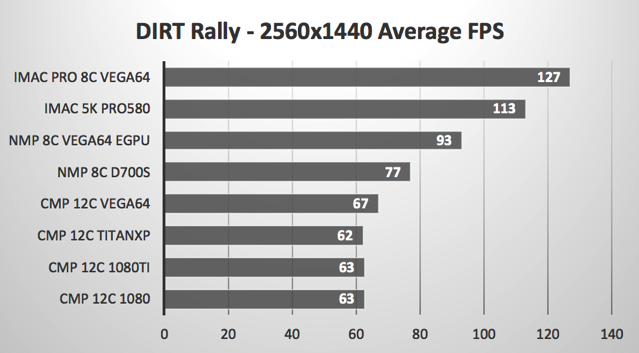