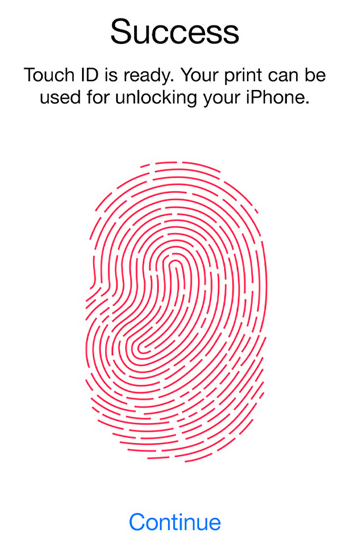 The technology that was once considered just a “killer application” by the leader of AuthenTec is now one of the key features of the iPhone 5s: a fingerprint sensor built into the home button and branded as Touch ID. But AuthenTec’s dream goes beyond the smartphone: will this technology make it to MacBooks? AuthenTec’s former CEO has some answers.

Speaking with Fast Company, ex-CEO of AuthenTec Larry Ciaccia the says the company has envisioned a time when consumers simply log into their email or pay with a simple swipe of a finger.

Now, thanks to their tremendous efforts and Apple, they have taken a step closer to their dream: to make the sensor invisible, a continuous issue of the fingerprint sensors built into laptops and smartphones.

“Being able to make the sensor invisible was something that was always in AuthenTec’s plan–having it be able to see through materials,” Ciaccia explains. “So getting [the fingerprint sensor] under the trackpad, getting it under plastic, or getting it under the glass in a smartphone–these were all things that were actively being worked on.”

Apple had to do a lot of work just to make the sensor accessible in mobile devices. “You’re basically exposing a piece of silicon that’s going to be in your pocket with hard keys and coins,” Ciaccia says. “We were able to evolve the technology to address aesthetics and durability.”

This is only the first step, though. With the iPhone 5s, Apple has pushed biometric sensors into the mainstream, and now everything depends on how the technology is accepted by average consumers, who are refraining from sharing more personal data with tech companies.

But what seems inevitable is that the fingerprint sensor will find its way into MacBooks, built into the trackpad.