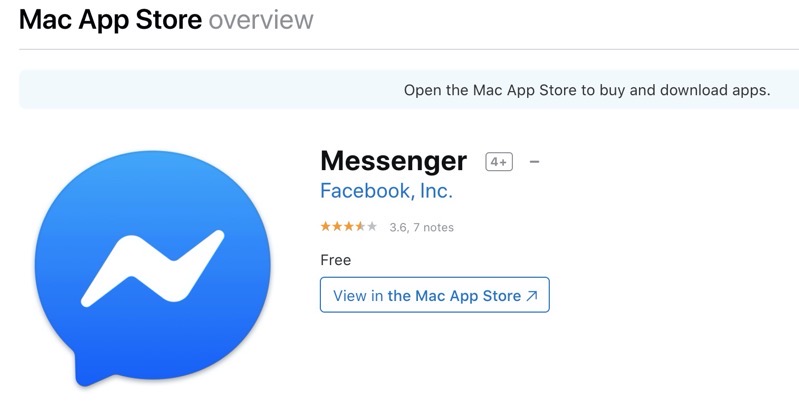 Last April, Facebook announced at its F8 developer conference, Messenger was set to expand to Mac and Windows, later in 2019.

The 2019 release never happened, but now we’re starting to see Messenger for Mac hit the Mac App Store in France, as spotted by MacGeneration (via 9to5Mac). It also appears to be available in Mexico.

According to the Messenger for Mac description, it is “made for big screens and close connections. Get access to free texting, and high-quality voice & video chat built specifically for desktop.”

Earlier this week, Facebook released a new version of Messenger for iOS, rebuilt from the ground up and two times faster than its previous version for iPhone and iPad.

Click here to download Messenger for Mac—it’s not available in Canada yet, but we may see it in the next day or so.