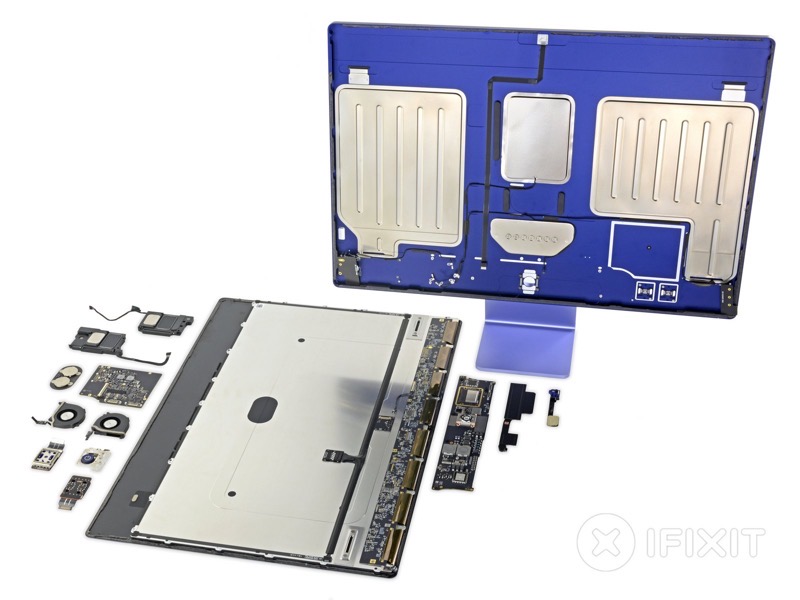 On Monday, iFixit started the first part of its teardown of Apple’s latest M1 iMac, and on Tuesday, the company shared its complete dismantling of the 24-inch Mac, showing off more guts from this machine.

In part two of the teardown, iFixit reveals the USB-C boards are colour-matched to each iMac, despite being hidden away on the inside.

We also get a look at Apple’s dual-fan setup inside the M1 iMac, marking the first time a Mac with M1 has two fans on the inside. 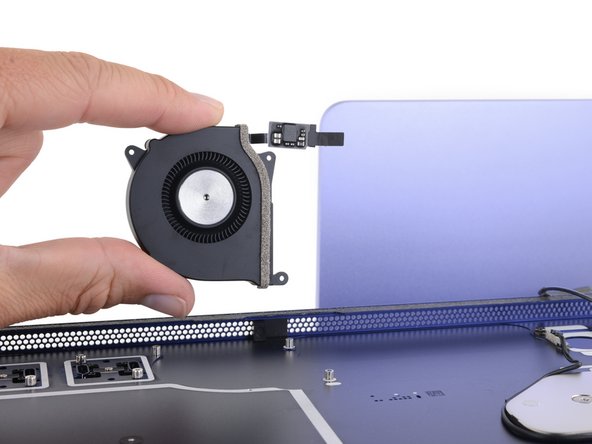 iFixit also took out the Touch ID fingerprint sensor in the new Magic Keyboard and discovered it is similar to the buttons from iPhones back in 2016 with Touch ID.

Also inside the iMac were two CR1016 coin cell batteries for NVRAM, wired and glued to the rear enclosure.

Overall, the iMac teardown resulted in a 2/10 repairability score (10 being the best), due to the computer’s perma-soldered storage and glued on display. Yeah, you’re not going to be upgrading or fixing this iMac yourself, folks.

“Apple’s newest iMac follows the other M1 machines down an interesting, but even-less-repairable path,” concludes iFixit.

“A lot of impressive engineering went into making this thing as thin as possible, but did anyone really need a thinner all-in-one desktop? Apple’s priorities continue to baffle,” writes the teardown company.

You can check out the full M1 iMac teardown here.