The experts over at iFixit have started their signature teardown of the 2021 24-inch M1 iMac, and while the teardown is currently in progress, the first part of the teardown has just been published. 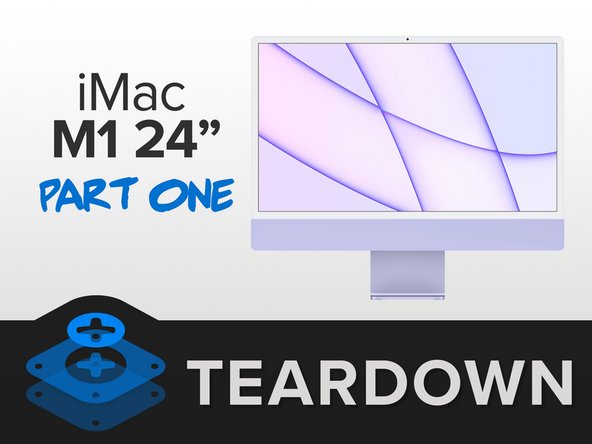 A mid-tier model with the following specs has been chosen for the teardown:

Compared to an X-ray of the 27-inch Intel iMac we noticed, the new iMac’s interior is dominated by two huge metal plates. Almost all of the silicon is concentrated into narrow horizontal strips at the top (the display board) and bottom (main logic board). 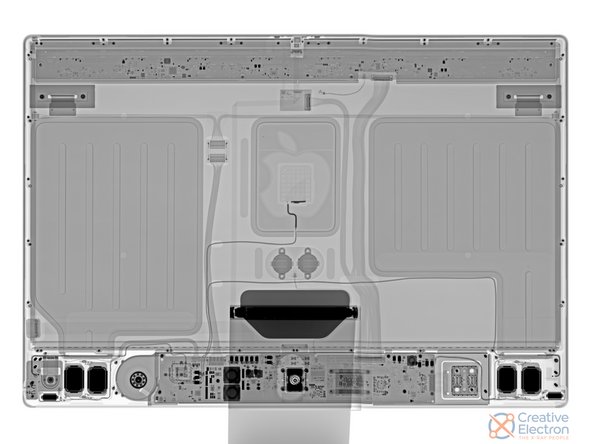 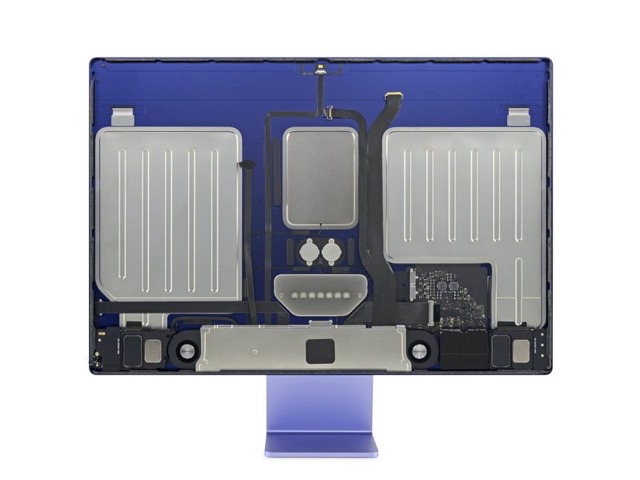 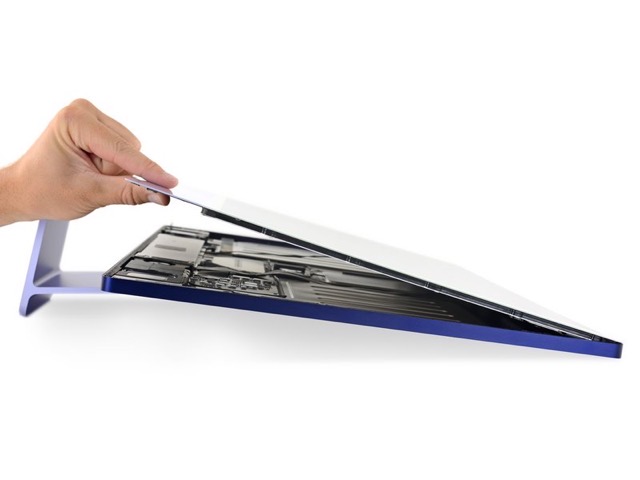 The M1 iMac still uses the classic iMac adhesive. Unlike on past iMacs, it has a single piece of glass no metal chin to block access to internals.

The fanless M1 MacBook Air-sized logic board is housed in the artificial “chin” of the iMac. Unlike the one in the MacBook Air, this M1 is actively cooled by a pair of fans. 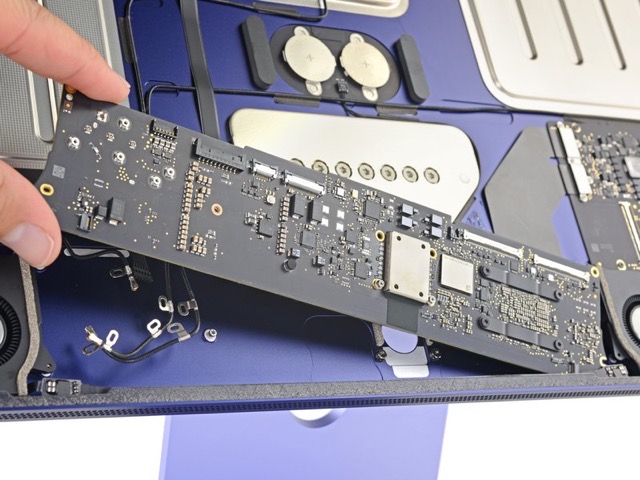 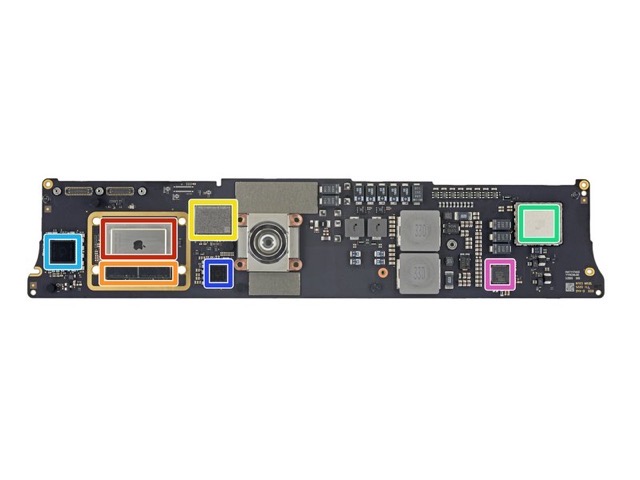 “Thanks to the M1 architecture, this is the smallest iMac logic board yet,” note the teardown experts.

More details will be shared in part two of the 2021 M1 iMac teardown. Stay tuned.