Along with Apple pushing out OS X Yosemite, iTunes 12.0.1 is now available as well, which has ‘many design and performance improvements’. 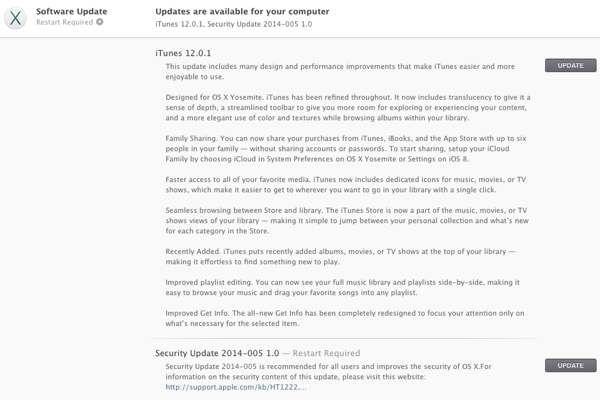 Also available is the 2014-005 security update for OS X Mavericks users, which you can download here.