Apple today announced redesigned AirPort Time Capsules and AirPort Extremes. Both units are now available for purchase in the Apple Store online. Both units are the exact same dimensions in shape at 168mm x 98mm x 98mm, with the Time Capsule weighing more at 1.48 kilograms and the Extreme at 945 grams. 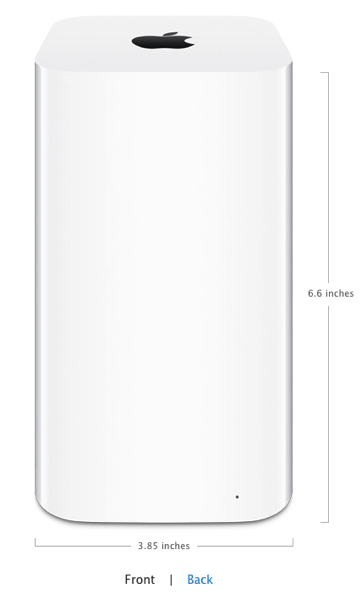 Anyone picking one of these up? The faster Wi-Fi will work great with the new MacBook Airs, which now run Haswell processors and have longer battery life.