According to the latest market share data from Net Applications, Mac OS X 10.9 a.k.a Mavericks, managed to grab first place in market share last month, beating out all its predecessors just after one full month of its availability, The Next Web reports. The research data shows that Mavericks gained 1.58 percentage points, from 0.84 percent to 2.42 percent, during November 2013. 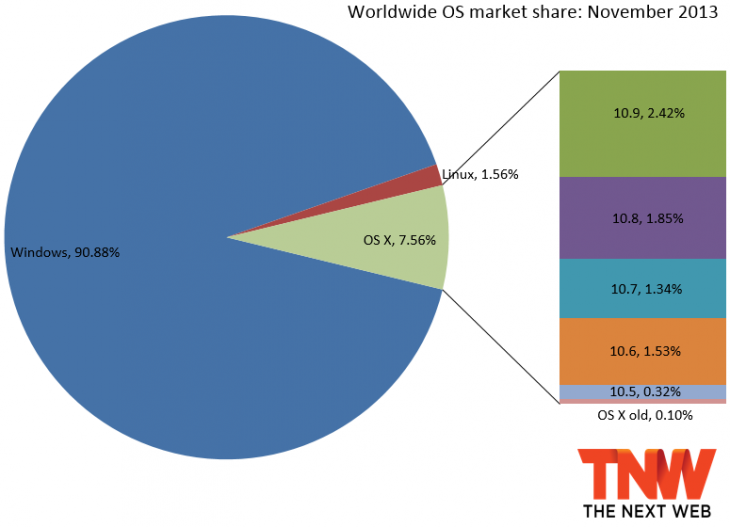 OS X users have always upgraded faster than their Windows counterparts. That being said, there are far fewer Macs in the world, so it shouldn’t be a surprise to anyone that OS X 10.9 is already leading the way.

The real question now is how long will it take for OS X 10.9 to gain more share than all other OS X versions? It probably won’t happen this year, but we likely won’t have to wait more than a couple of months.

Looks like Apple’s decision to make its newest operating system version a free upgrade for all current OS X users is working pretty well so far.