Apple has plans to add Siri to the next version of its desktop operating system, Mac OS 10.12 – codenamed “Fuji” – which is expected to launch this fall, reports 9to5Mac’s Mark Gurman. This sounds like a natural expansion of its virtual private assistant, as Siri was first available on the iPhone (with the 4S), then expanded to the iPad, iPod, the Watch, and the Apple TV (4th generation). 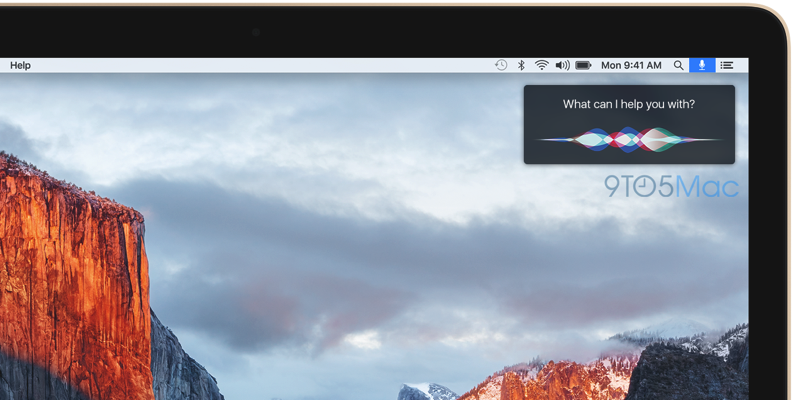 According to sources speaking with the blog, Apple has been internally testing OS X versions enhanced with Siri since 2012, but so far hasn’t found it ready to make available to the public. This will likely change this year in June, when Apple is expected to publicly unveil Siri for Mac at its annual Worldwide Developer Conference.

Siri for the Mac will “live” in the Mac’s menu bar, sources say.

Similar to the Spotlight magnifying glass icon for search and notifications icon for Notification Center, a Siri icon in the top right corner of the menu bar will activate the voice control feature.

When invoking Siri using a specific button, a dark, transparent Siri interface will appear, writes Gurman, as you can see from the mock-up designed by Michael Steeber based on what the sources have whispered.

Also, Siri will have its own pane in System Preferences, so users will be able to activate it using a custom keyboard shortcut. Other interesting tidbits: Users will be able to enable Siri at first startup, and even the “Hey Siri” command will be available (when the Mac is plugged in). This is quite interesting, but the report doesn’t mention whether Siri’s availability will be limited to a number of devices, which is likely to be the case.