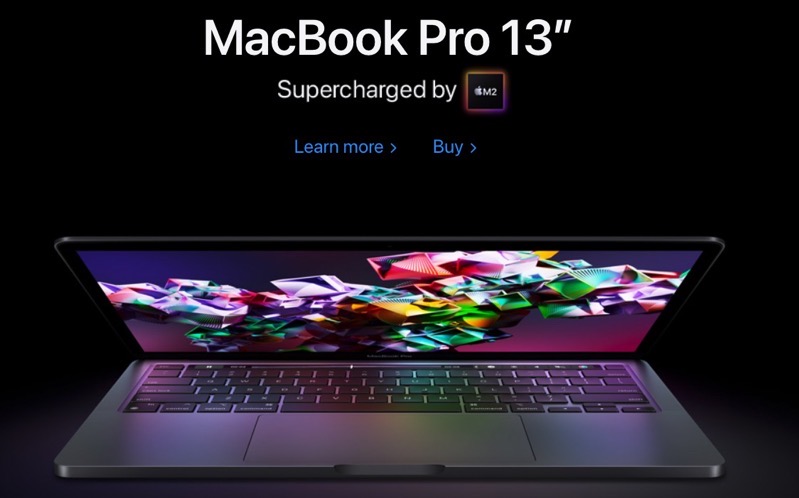 Apple unveiled a new 13-inch MacBook Pro with second-generation ‘M2’ Apple Silicon at WWDC 2022 earlier this month. The new notebook is a direct successor to the 13-inch M1 MacBook Pro from 2020.

However, benchmarks from YouTubers like Max Tech and Created Tech have revealed that M2 MacBook Pro configurations with only 256GB of storage deliver up to 50% slower read and 30% slower write speeds than predecessors with the same amount of SSD storage (via MacRumors).

Upon disassembling the new 256GB M2 MacBook Pro, Yuryev found that the installed SSD only sports a single NAND flash storage chip. The one on the equivalent M1 MacBook Pro, on the other hand, has two NAND packages.

It’s unclear why Apple opted for an SSD with a single NAND chip for the base model M2 MacBook Pro, especially considering it slashes performance by up to half. Higher costs and/or supply constraints may have had something to do with it, though.

The issue appears exclusive to the 256GB configuration of the M2 MacBook Pro. Anyone buying the new 13-inch MacBook Pro with 512GB of internal storage (or more) should be in the clear. We’ll have to wait and see if the new M2 MacBook Air, due out in July, exhibits the same issue.

After releasing iOS 15.6.1 and iPadOS 15.6.1 today, Apple also released macOS 12.5.1 and watchOS 8.7.1 for Apple Watch Series 3. These minor updates come ahead of major software releases slated this fall, including iOS 16. You can update your Mac by clicking the Apple logo in the upper left corner, then ‘Software Update’. To...
Gary Ng
23 hours ago