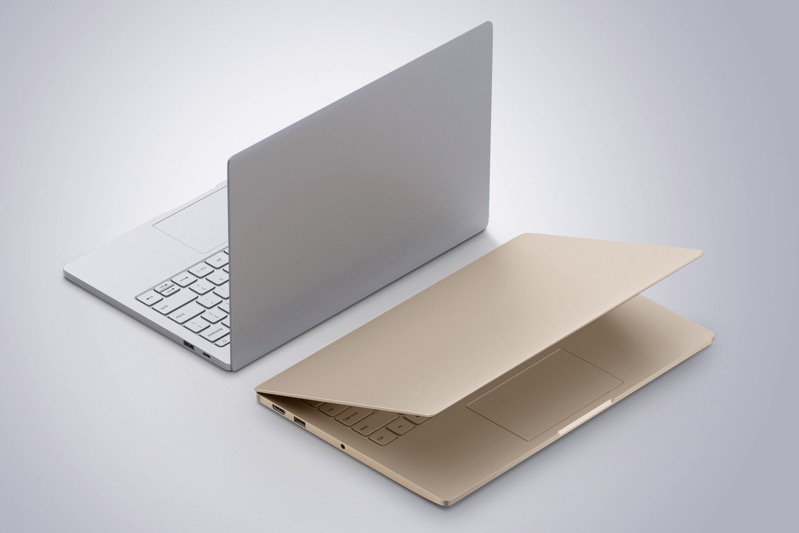 Xiaomi had a surprise element today at its Remi Pro smartphone event: it has unveiled its first laptop, branded the “Mi Notebook Air” (via TechCrunch).

It’s not just the name, but the build also show similarities with Apple’s MacBook. As noted by the CNET reporter attending the event, the build quality is quite impressive, but there are some points where Xiaomi could have done a better job in imitating Apple such as the flex of the notebook and the keyboard area: “It just doesn’t feel as solid as the Apple MacBook Air that it imitates,” the reporter concludes.

The lower-end model features a 12.5-inch display, is slightly thinner and weighs 1.07 kg. It lacks the discrete graphics its higher-end bother has, it packs only a 128GB SSD, 4GB of RAM and uses an Intel Core-M processors.

According to Xiaomi, the Mi Notebook Air will launch in China first on August 2. There is no word for a Canadian launch. You interested?