Apple’s 12 Days of Gifts/12 Days of Christmas promotion, which has run every year since 2008 giving away iOS apps, music, films and books for free, has been cancelled this year in both the US and UK, MacWorld is reporting. The promo has been cancelled in Canada this year as well and it seems that Apple will be discontinuing it in other countries too. 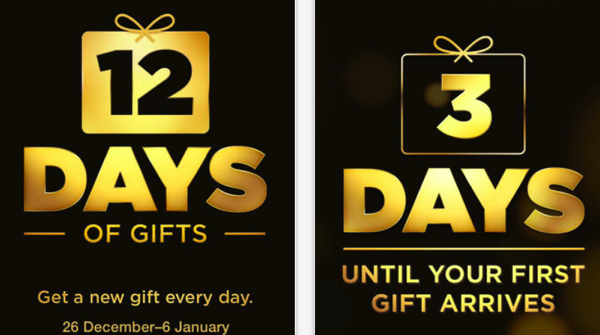 The 12 Days of Christmas/12 Days of Gifts promotion used to run from Boxing Day, 26 December until 6 January, with each gift only available for 24 hours. The promotion was accompanied by a dedicated app for iOS, which revealed the new gift each day and provided a direct link to that gift for users to download for free.

Apple had not offered Black Friday and Cyber Monday deals this year too, which was perhaps the first clue that things would be different with the Christmas promotion in 2014.