As spotted by the folks over at MacRumors, Apple has just filed an unreleased Mac with a model identifier of A2289 in the Eurasian Economic Commission database, which could correspond with the rumoured 13-inch MacBook Pro with a scissor keyboard. 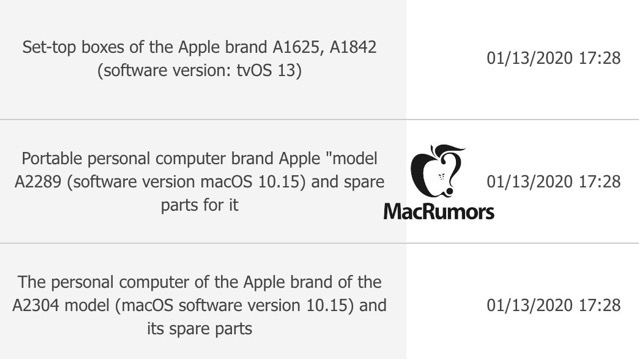 While it might be mere speculation at this time, the source predicts the 13-inch model could eventually become a 14-inch model, similar to the release of the 16-inch MacBook Pro last October.

“Eurasian Economic Commission filings like these have foreshadowed the release of new Apple products on numerous occasions, including multiple Mac, iPhone, iPad, iPad Pro, Apple Watch, and AirPods models. The filings are legally required for any encrypted devices sold in Russia and select other countries.”

Apple has also filed its rack-mounted Mac Pro model A2304 in the EEC database, which is currently listed as “coming soon” on its website.