If you’re looking for an iTunes Card sale, $50 cards are 20% off at T&T Supermarket locations in Ontario until November 14, selling for $40: 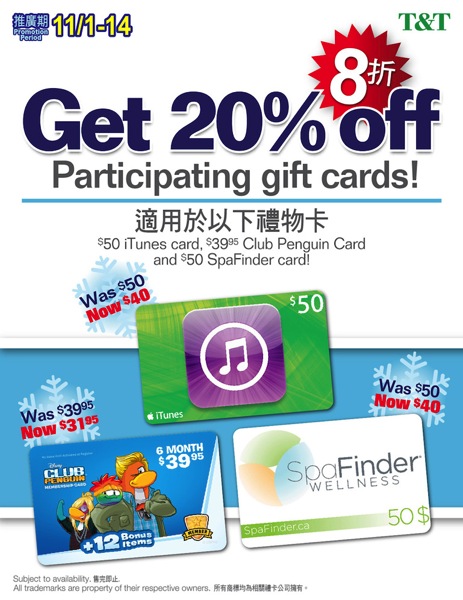 Discounted iTunes Cards can fund all of your digital purchases from Apple, which also applies to in-app purchases and subscriptions.

You can find a list of locations here. Unfortunately, the offer is not listed as available in stores in Vancouver.

Update: Many of you have told us iTunes Cards sales are also going on at select 7-11 and Loblaws locations–your mileage may vary:

@iphoneincanada The Loblaws in Ottawa I was at today had coupons for this good until Nov 14.