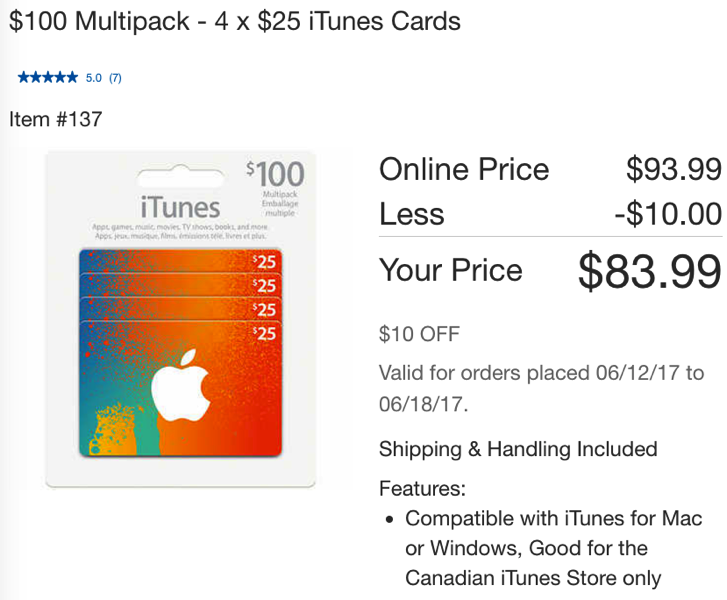 Funding your iTunes account with these discounted cards mean you save 20% off all app purchases, in-app purchases, subscriptions (Netflix, iCloud, Apple Music, etc), songs, software and more from Apple.

Paying the $4 premium by ordering online may save you from spending $500 on a cart full of random items at the warehouse (and time).

The sale started yesterday and goes until June 18, 2017. Let us know what you pick up!

Thanks C.G. and Benoît