Merry Christmas everyone! I hope you’re going to enjoy your day today! Before we continue, I just wanted to inform you that iPhoneinCanada.ca has been nominated for a 2009 Golden Retrevo Award under the All Things Apple category! We need your help if you think we’re worthy of an award.

Vote For Us With One Click Of A Button

You can vote DAILY until January 25th. All you need to vote for us is click on our voting link below.: 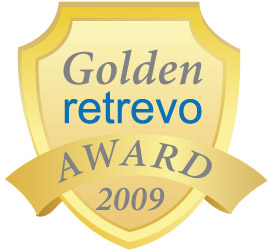