If you’re looking to get CarPlay for your Kia Soul, the Korean carmaker has added a map update for 2015 models which adds Apple’s CarPlay, along with Siri Eyes Free with iPhone, allowing users to press and hold the steering-wheel mounted button to initiate the iOS virtual assistant. 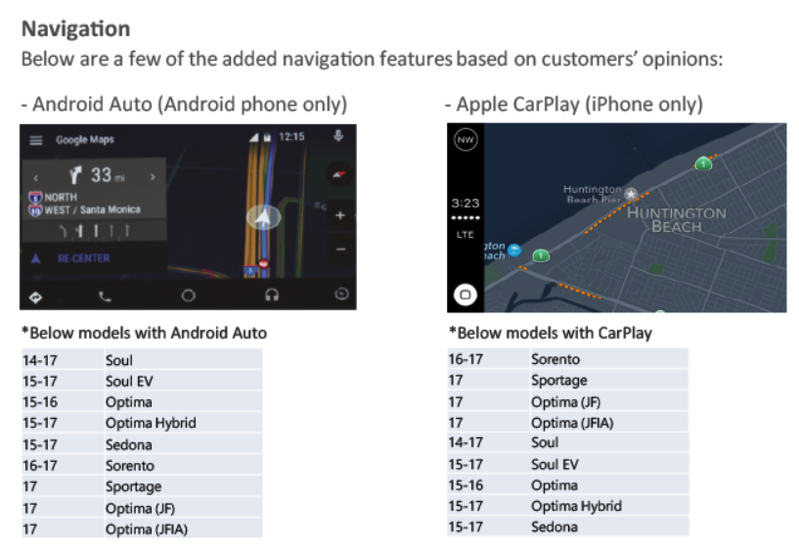 The 10.5 map update was released today and the installation time takes approximately 35 minutes, according to Kia. Anyone jumping on this?