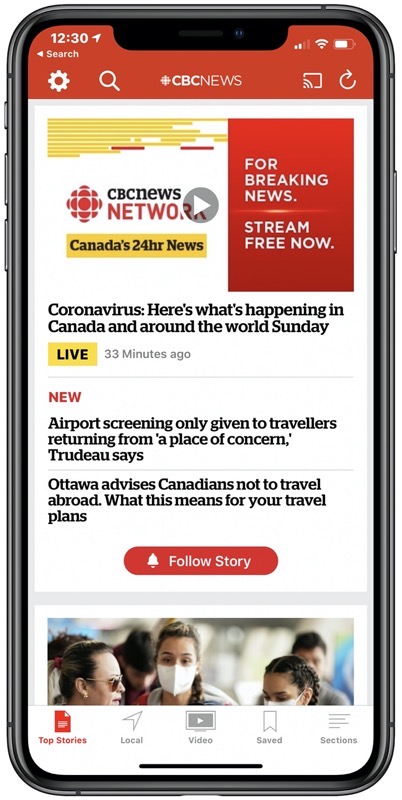 For those with CBC Gem Premium accounts ($4.99 CAD/month), you get included live streaming access to the 24/7 CBC News Network.

But in light of the curreent coronavirus pandemic, the CBC/Radio-Canada and TV distributors are offering the 24/-hour CBC News Network for free, “to ensure more Canadians have access to the latest trusted information.”

The CBC says its CBC News Network and ICI RDI will become more widely available through a new collaboration with TV distributors, including Bell TV, Shaw, Cogeco and Eastlink. On Monday, Rogers and Telus Optik TV customers will get access to the CBC News Network.

ICI Ridi will be available to TV subscribers on Bell TV, Videotron and Cogeco, and ici.radio-canada.ca.

“Canadians depend on their public broadcaster as a trusted source of news. We are grateful to the distributors for offering CBC News Network and ICI RDI to more Canadians,” explains the CBC.