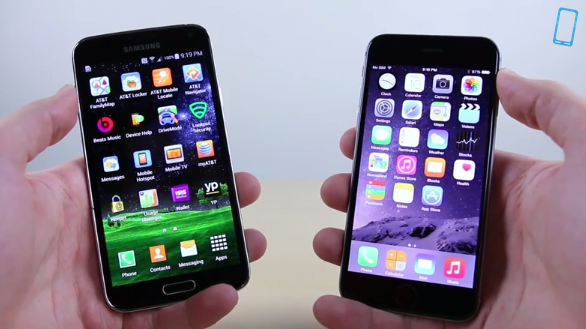 If you’re trying to decide between upgrading to the iPhone 6 or the Samsung Galaxy S5, YouTube channel PhoneBuff has created two videos detailing the benefits of each device.

Below are 25 reasons why the iPhone 6 is better than the Galaxy S5:

…and here are 25 reasons why the Galaxy S5 is better than the iPhone 6:

Of course, the iPhone 6 is the newer device of the two but at the end of the day your wallet will make the final decision. If you want to know what it’s like using the iPhone 6 Plus, you can read our review here (which also includes a new video review by Kris Meador).

[caption id="attachment_389490" align="aligncenter" width="1400"] Image: Marcus Kane[/caption] As we count down the months to the launch of Apple's long-rumoured mixed-reality headset and, with it, an entirely new product category for the tech giant, we're starting to see more leaks and concept designs pop up. The latest concept renders of Apple's "Reality Pro" AR/VR headset imagine...
Nehal Malik
37 mins ago