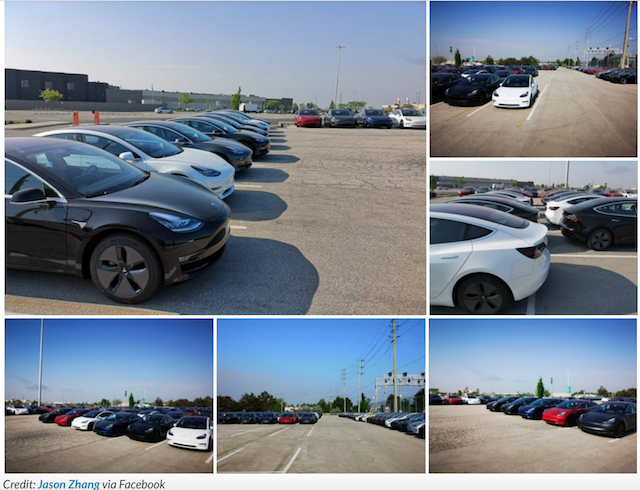 Shared by Teslarati, a bunch of photos taken by Jason Zhang, a member of the Tesla Owners Worldwide Facebook group, show nearly 300 Tesla Model 3 cars ready for delivery at a parking lot in Toronto, suggesting the electric car maker is almost ready to saturate the Canadian EV market with its latest Model 3 offering.

During November, a Model 3 with manufacturer plates was sighted making its way into Canada. On December, another Model 3 was spotted in Vancouver, British Columbia in the middle of winter. The electric car in the December sighting also had manufacturer plates, and considering the timing of its trip, speculations were high that Tesla was probably testing how the RWD electric car would fare on Canada’s snowy and icy roads.

In a recent YouTube video, the Tesla Model 3 Owners Club stated that a nearby location separate from the parking lot was also filled with Model 3

Back in March, Tesla released the first configuration invites to Model 3 reservation holders in Canada. The first delivery of the Model 3 to a customer from the country happened earlier this month. The event was also shared by the Model 3 Owners Club on their YouTube channel.

Take a look at Toronto’s Model 3-filled parking lots in the YouTube video below.